BMC also urged citizens to immerse their idols in 167 artificial ponds, which will be set up at various locations for the 10-day festival 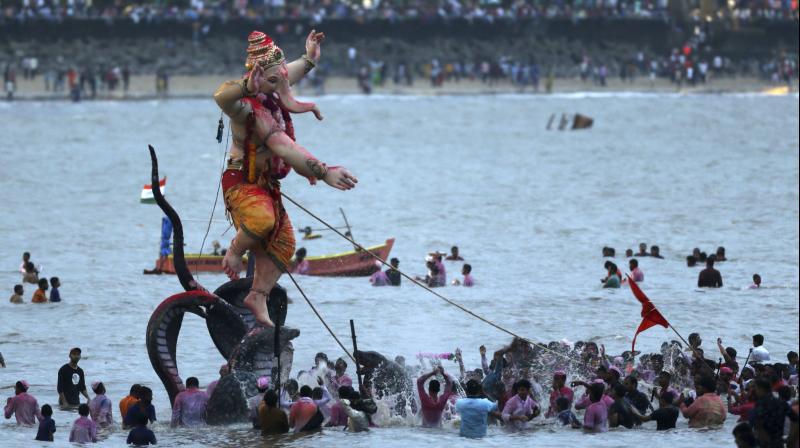 Brihanmumbai Municipal Corporation clarified that there were no restrictions on immersion of idols at the city's beaches. (PTI Photo)

Mumbai: The Brihanmumbai Municipal Corporation (BMC) on Wednesday clarified that there were no restrictions on immersion of idols at the city's beaches during the upcoming Ganesh Chaturthi festival.

The civic body issued a statement to this effect after some messages started doing rounds on social media that immersion of idols will not be allowed at beaches in light of the Covid-19 pandemic. The BMC also urged citizens to immerse their idols in 167 artificial ponds, which will be set up at various locations in the city for the 10-day festival.

The BMC has already issued guidelines that no public immersions will be allowed at Covid-19 containment zones in the city. Considering the viral outbreak, the civic body has already appealed to citizens to celebrate the festival in a simple manner, avoid crowds and take adequate precautions.