The officials visited the school to verify the pictures but the location was not found to be the same, police said. 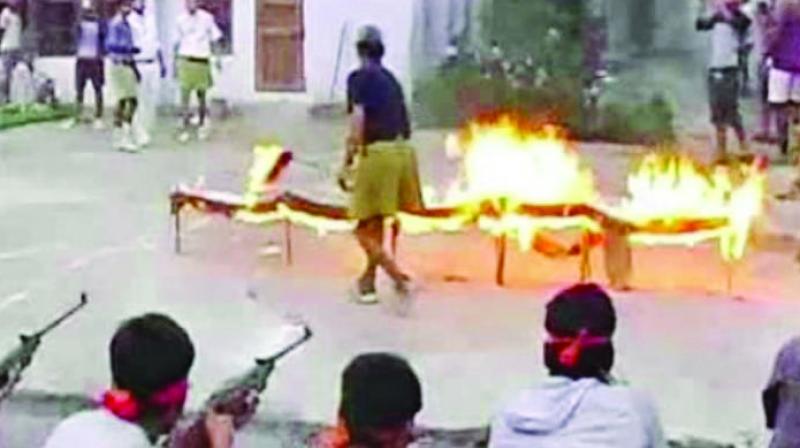 The school is owned by a BJP leader and was rented to the Bajrang Dal for an event.

Mumbai: The Thane rural police conducted a probe after a complaint was registered regarding the Bajrang Dal providing illegal arms training at a school in Mira Road. The investigation revealed that the pictures circulated were of another location and that the scare was baseless.

The probe was conducted by police following a complaint by the Democratic Youth Federation of India alleging of arms training during an event in the school. The federation had also organised a protest march on Saturday evening regarding this incident.

The pictures of children undergoing firearms’ training in a school owned by a Bharatiya Janata Party (BJP) leader made the rounds on social media leading to a police investigation. The pictures allegedly depicted the Bajrang Dal imparting arms training to school students.

“The probe revealed that the pictures were not of the Mira Road school. The facts were verified and the same was established,” said an officer of Thane rural police station.

The police said that the school was rented out for a week-long programme to the Bajrang Dal. However there was no proof of use of any weapons. At least 100 students took part in the event conducted, officials said. The officials visited the school to verify the pictures but the location was not found to be the same, police said.

The officials said that the pictures were circulated by an individual Prakash Gupta on social media claiming about the school being used for training children in usage of arms.

The police is also verifying the background of the person. Officials said that no case was filed in the incident.