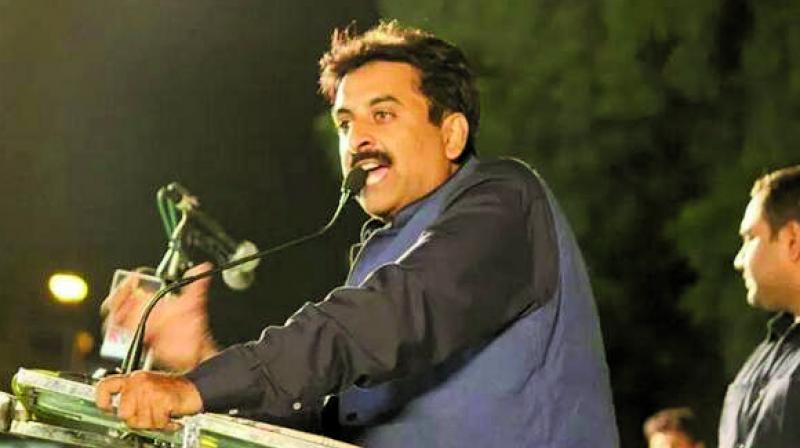 Hyderabad: The All India Majlis-e-Ittehadul Muslimeen (AIMIM) is planning to contest about 80 seats in the upcoming Maharashtra Assembly elections. The party has finalized a list of constituencies, which has been sent to its ally, Vanchit Bahujan Aghadi, headed by former MP Prakash Ambedkar.  Leaders of both parties discussed the issue of seat sharing on Tuesday.

Buoyed by its success in the recently concluded Lok Sabha election, AIMIM is looking to contest seats beyond the minority pockets in Maharashtra. Most of the seats that the party is seeking to contest are located in Marathwada and Vidarbha, which have a sizeable number of Muslim voters.

State President and MP Imtiyaz Jaleel, said, “Initially, we desired to contest 100 seats based on the feedback received from our party workers. However, we analysed and short listed the constituencies.” Mr Jaleel, a former television journalist, added that his party discussed seat sharing with leaders of the VBA, who are likely to take two to three days to take a final decision.

In the recently concluded Lok Sabha election, Mr Jaleel defeated Shiv Sena stalwart Chandrakant Khaire in Aurangabad. Moreover, in alliance with the VBA, the party contributed in damaging the prospects of the Congress-NCP in several seats.

The AIMIM made its debut in the in 2014 Assembly election, when it fielded candidates in 24 constituencies and managed to win two — Byculla and Aurangabad Central.

The party was also able to secure about 5 lakh votes across Maharashtra.