According to the police, the protesters threw a torch (mashaal) towards the policemen, which led to the use water cannons. 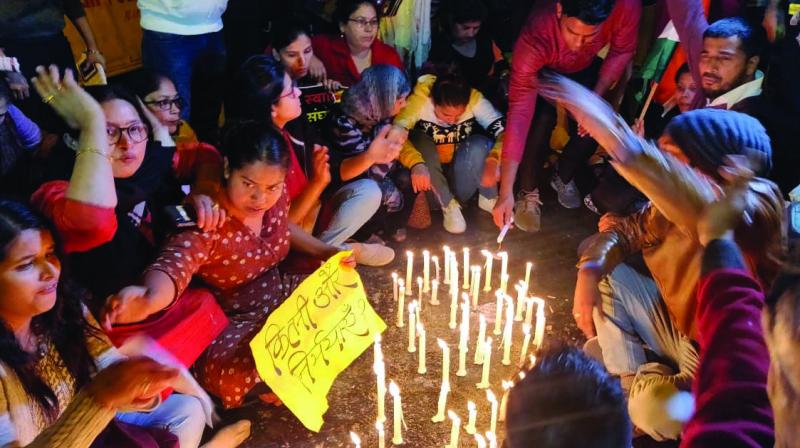 New Delhi: The Delhi Commission For Women (DCW) on Saturday said that a peaceful candlelight vigil to demand capital punishment for rapists was stopped by police who even resorted to using water cannons.

According to the police, the protesters threw a torch (mashaal) towards the policemen, which led to the use water cannons. “Police used water canons on protesters who were holding a candlelight march from Raj Ghat to India Gate. @SwatiJaiHind is protesting for time bound and strict punishment for Rapists, the DCW posted on its Twitter handle.

DCW chief Swati Maliwal has been on a hungerstrike to demand capital punishment for rapists within six months of their conviction. Supporters of Ms Maliwal took out a candlelight march from Rajghat to India Gate but were stopped midway, they said. The protesters were screaming “We want justice” and carrying torches.

According to police, the protesters threw torches towards the police, which led them to use water canons as a crowd control measure. The protesters tried to climb barricades and were stopped by police. They lit candles on the barricades.

Following the death of the Unnao rape victim, the DCW chief accused the government of being “deaf” and “insensitive” and not hearing the “screams” of rape victims, adding that she was “ashamed” of the country’s government.

The rape victim from Unnao, airlifted to Delhi and admitted to the Safdarjung Hospital here after she was set ablaze allegedly by five persons including two men accused of raping her, died on Friday night.