Increasing life expectancy and better health of people in their sixties and even seventies has seen a greater advent of late marriages. 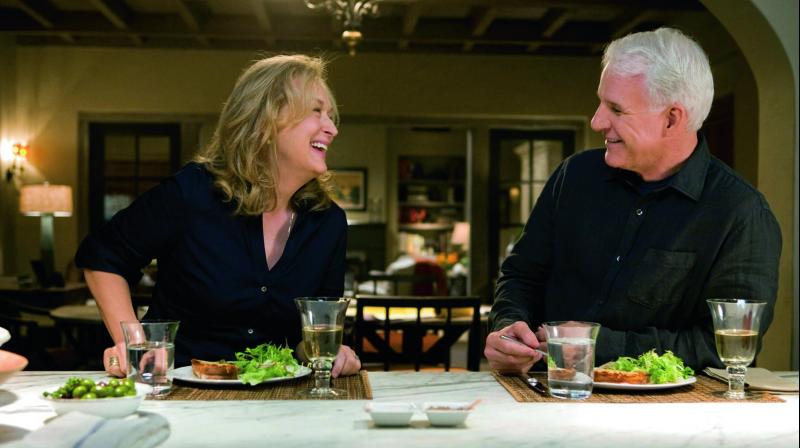 A still from It's Complicated.

I was hosting my newly married and very much in love friend Natasha and her husband. They had married a few months ago, both into their forties or maybe even early fifties. Both married for the first time. They gushed over each other. She sat close to him, their hands intertwined and every now and again looked into each other’s eyes mushily. I must admit I hadn’t expected this. Maybe a little sober version of romance? Or then maybe it is the delight at having found each other after giving up the thought of marriage. I’ve learnt since that so many people today marry late and even later because their earlier lives are so busy ‘making-it’ or extricating themselves from bad relationships.

Into the conversation I was intrigued to see that beneath the love and lust was an aspect (which I’m assuming must be unique to people who’ve stayed single too long and married late) — an inability to let go of separateness and be ‘united’ as one, with one fate and a joint destiny.

The ‘unto death do us apart’ is something that takes getting adjusted to when people have been alone for too long and of course, fending for themselves without looking out for somebody else as also being unused to getting looked after by someone else.

My friend Natasha and her husband have separate establishments and meet over weekends, but hadn’t shared the key of each other’s homes and actually rang each other up before coming by. I noticed a tangible formality bordering nearly on discomfort underneath the hand holding,  and the physical proximity. I chatted to them about letting go and becoming a little used to the oneness and informality that should come with marriage.

Late marriages come with a lot of adjustment and getting used to. Sharing space and time, eating together and maybe not liking the spouse’s table manners, getting disturbed while sleeping because you’ve always had your bedroom to yourself... And yet, the camaraderie and physical proximity of a life lived with a companion than a lonely life outweighs the pitfalls of the former for many. The child rearing is out of the way, career responsibilities and other cares that come with the twenties and thirties are now irrelevant. Monetary differences and religious leanings are inconsequential this late in life and these ‘late bloomers’ enjoy a life full of travel, cruises, dinners and living out their bucket list together.

Increasing life expectancy and better health of people in their sixties and even seventies has seen a greater advent of late marriages. Men and women marrying in their sixties and seventies is no longer uncommon or a talking point at social gatherings. We live in times where men and more importantly women are enjoying the freedom of a life without restrictions, the independence of coming and going and working and partying as singletons living by themselves unaccountable to anyone else. With the liberty of making their own mistakes, comes the power of learning thereafter. More men and women stay out of wedlock, enjoying the liberty of trying out partners before they clearly know whether they want marriage at all, or if any partner is appropriate for the long term. They enjoy multiple partners for physical satiation and I know many women who freeze their eggs and go for surrogacy later when they feel like they’ve ‘sowed their wild oats’ and are ready to ‘settle down’. This settling down often happens in their late forties or fifties when they’re ready to hang up their boots and find some comfy companionship in that last leg, where they are now ready for the comfort of one partner they can get used to over the fast lane rambunctious life.

Some of these men and women are also those that had experienced a first marriage crumbling, have had some wild times post a bad parting, and are now willing to go at the ‘marriage thing’ once again, renewed and satiated with wild experiences of the open relationships.

What I’d say to my friend and all those who want a marriage in later years, is to give in to the joy of oneness, self-discovery through knowing each other and to allow the separateness to dissolve. It is the way to a happy future that has received the confetti of companionship sprinkling the ‘kiss of life’ upon them.