People have grown to experiment a lot with their sexuality as they are exposed to new fetishes and experiences. 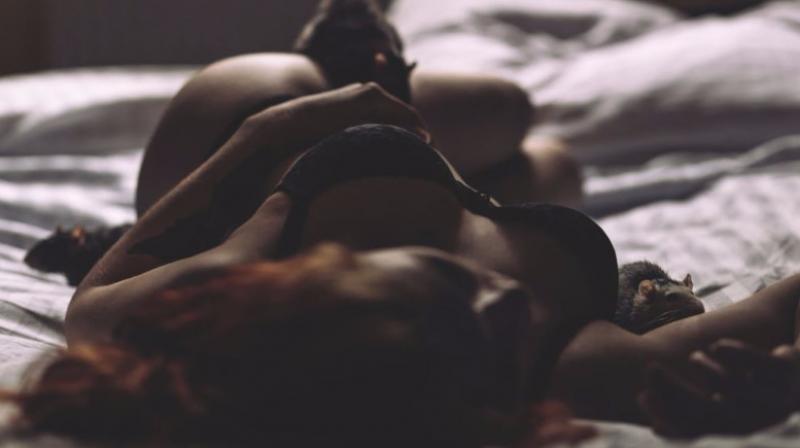 Increasing access to the internet over the years has meant a rise in people exploring and sharing new ideas with each other. Among other things, people have grown to experiment a lot with their sexuality as they are exposed to new fetishes and experiences.

While people adopting popular trends emerging on the digital stage isn’t surprising in the present environment, some trends may come across as bizarre and even shocking. It has been observed that such trends are rising in number year after year, and as 2017 comes to an end, here’s how people went a step further with experimenting in bed.

While it makes single people more involved in scenes being enacted on reel, digital toy attachments that come with VR devices are available to make the pleasure more real.

As young people across the world seem to become more fearless about exploring their sexuality, this act is for those willing to take things to another level. It involves penetration just like usual intercourse with a role reversal being the only difference.

A strap-on, a lot of lube and a willingness to go wild is all a couple needs to add this ultimate twist to their sex life.

More awareness means young men and women prioritising maximum pleasure in bed rather than simply getting over with the act. A crucial element to ensure equal pleasure for both is sex that lasts long and involves immense stimulation.

The art of edging oneself, delaying the orgasm and focussing more on action between the sheets described as Karezza has gained popularity among couples willing to extend the interval of the act and enhance pleasure.

While intercourse is thought of as jumping in bed, going wild and romping the night away, there’s a practice which introduces couples to an entirely new side of sex. Marinating is just two people indulging in sexual intercourse, but here no one actually moves.

The couple lie down together as the penis marinates in the vagina and while it may sound boring it seems really intimate since a lot of people have been introducing it in bed.

Although this may not have much to do with intimacy between a couple, the campaign did trigger a trend that came across as groundbreaking. While a man walking shirtless hasn’t been a big deal, women across the world hit back against the taboo associated with women exposing their chest.

Women asserted their right over their body with #freethenipple on popular social media platforms and even out in the open.

While a huge variety of sex toys are being introduced in markets every year, people decided to get creative using the best technology available to them. 3D-printing seems to be revolutionising several sectors and its impact on how people have sex shouldn’t come as a surprise at all.

Couples or individuals growing sex toys exactly how they want them out of their own computer emerged as a new trend in 2017.

As technology promises to transform the way people have sex, this year introduced several innovations and enhancements in a particular sector. Sex dolls had been in the news for the past few years, but this year saw people taking more interest as robots became more realistic.

The year saw advancements such as sex robots that could respond to touch, experience an orgasm and can be seduced. A firm also introduced custom made sex dolls allowing people to select skin colour, hair colour and switch between different personality types as well as add modifications like three breasts to make their fantasies a reality.