It is New Moon, and you are cycling through the dark and deserted narrow lanes of the Dadar-Mahim suburb. 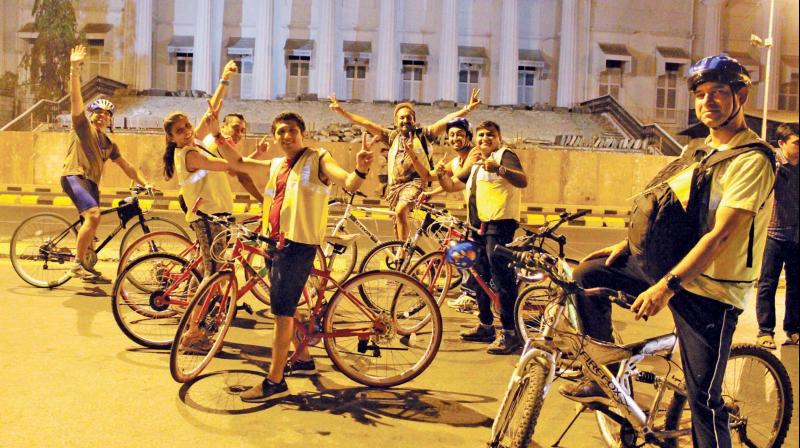 A story telling group in Mumbai offers city folks an alternative nightlife in the form of haunted stories narrated atop a bicycle.

It is New Moon, and you are cycling through the dark and deserted narrow lanes of the Dadar-Mahim suburb. You come across a chawl, where a woman is often seen sitting on a platform, wailing for the loss of her two children. The only twist in tale is that this wailing woman died a century ago, and her apparition is often seen perched on what was formerly a well from which she slipped to her death. The story of Sulochana who lost her children in the bubonic plague of 1891, is one of seven such haunted stories that come alive on a guided midnight storytelling tour by The Legend of Bombay Bards.

Started a year ago by Priyank Deshmukh and Yogesh Chande, this experiential storytelling company combines the magic of stories with the adventure of travel. Taking the participants, around the city on bicycles, and narrating heritage stories and urban legends rooted in the history of the city, Priyank has successfully weaved his two passions. Talking about it, the founder says, “I was always fond of stories, I really enjoy being in wonderland. As I got more into reading stories and writing fictional stuff, I thought people would enjoy listening to stories as well, even more so when they are real.” 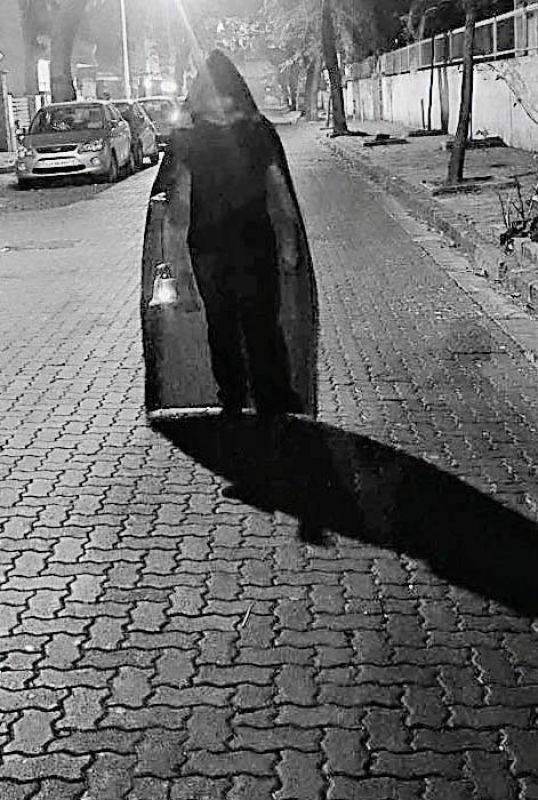 Priyank Deshmukh as the spirit-guide.

Leading the participants to Mahimawati, an old name for the area comprising of Dadar, Five Gardens, and Mahim, the guide of the Bombay Ghost Tour is not our regular blurt-it-out tour guide. Instead, you meet a hooded-cape wearing spirit-guide, holding a lantern, and taking humans to the spirit-world. What you presumed to be narration becomes dramatic-storytelling. “Having information and then converting into a story is a major challenge, especially thinking according to the audience’s perspective of wanting to getting scared. You have to create that kind of drama around it,” he says.

Besides his flair for dramatics, Priyank also uses sound to bridge reality and legends. “Adults have seen more horror stories, so it’s difficult to scare them. But from them, I realised that sound effects scare people the most. So we have some sudden gunshots somewhere, or even bell chimes. Effects like these are important to engage the audience for so long in a horror setting,” he adds.

The stories around the seven haunted spots of the suburb “have a common theme of distortion of love”. In another story, on another spot, a creator’s love for his creation gets distorted because of his immense pride. A proud British engineer was in charge of building a station. Unfortunately, due to miscalculation the entire tracks, and the designing went off the rail. It was on the same failed track, he shot himself. It is said that his spirit still haunts the spot and people have seen him crossing the tracks.

If the darkness of the night, or the mysterious spirit-guide, or even the spine-chilling stories are not enough to add to the eeriness, Priyank reveals experiences on such trails really adds to the participants’ experience. “We have had some experiences as well, like the streetlights going off all of a sudden when I am telling a story; or suddenly there is a cat meowing in pitch silence. People enjoy it and that adds to their experience,” he reveals.

The haunted midnight storytelling tour sees a lot of horror enthusiasts coming, however the Kimayagar of Bombay remains the hallmark tour of The Legend of Bombay Bards. The heritage tale takes the participants around the neighbourhood of Colaba, tracing the life-journey of the rise and fall of a young Gujarati boy from becoming the richest businessman in Bombay to being the most hated man in the British Raj.