Sharks at risk after swordfish overfishing in the North Atlantic 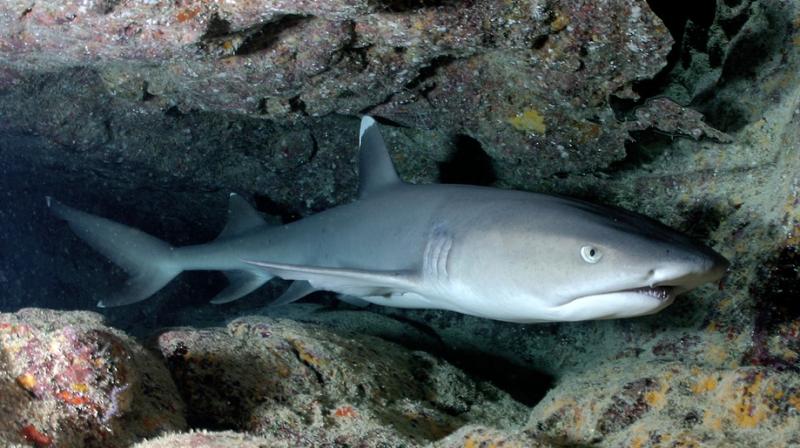 The shortfin mako, the fastest shark in the world, and the longfin mako are among the shark species being caught in large numbers in the North Atlantic. (Photo: Representational/Pixabay)

Thousands of endangered sharks are killed each year in the North Atlantic due to a lack of protection against overfishing in international waters, Greenpeace said Thursday.

Fishing vessels dedicated primarily to catching swordfish in the area collectively caught four times more sharks than swordfish by weight with their long lines loaded with thousands of hooks, the environmental group said in a report based on findings from Greenpeace ship Esperanza which visited the region earlier this year.

"It is absolutely immoral to kill sharks and other wildlife with these terrible fishing practices," said Will McCallum, of Greenpeace’s Protect the Oceans campaign, in a statement.

"We are exposing the culprits at sea now, but we urgently need a strong treaty and tighter fishing limits to protect our global oceans."

The shortfin mako, the fastest shark in the world, and the longfin mako are among the shark species being caught in large numbers in the North Atlantic, according to Greenpeace.

Both species are listed as "endangered" by the International Union for Conservation of Nature (IUCN). Spanish and Portuguese ships in the North Atlantic are catching as many as 25,000 mako sharks annually, according to Greenpeace's investigation.

Environmentalists warn that losing sharks at the top of the food chain can mean smaller fish thrive and consume more of their prey, upsetting the ecological balance.