Chitrasena and Vajira will always be remembered for their work, forging links between tradition and contemporary dance. 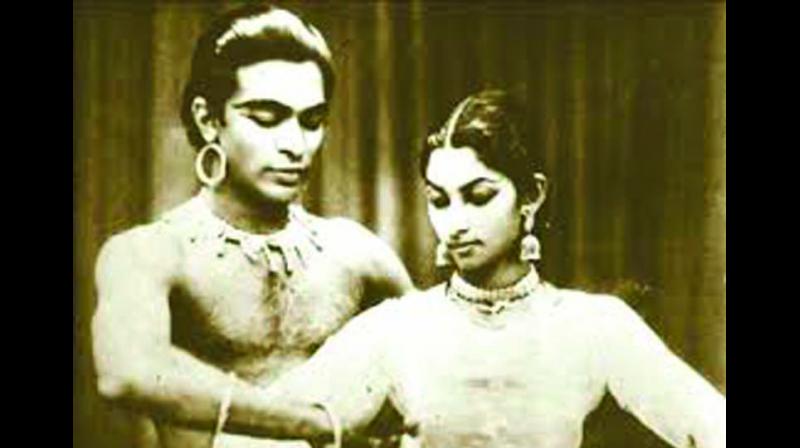 It was in 2002 that I was invited to Sri Lanka to attend the 81st birthday celebrations of the legendary and pioneer dancer Chitrasena. His daughter Upeka had specially visited New Delhi a year ago when I had curated a national photo exhibition of Uday Shankar to commemorate his centenary celebrations at the Indira Gandhi National Centre for the Arts (IGNCA).

I had known about Chitrasena from Nataraj Vashi, about whom I have written in my last column. Chitrasena was like our Uday Shankar, a pioneer in dance. He established the Sri Lankan traditional dances against all odds. Under British rule, Sri Lanka suffered from a colonial hangover. Every indigenous Sri Lankan artform was being looked down upon. Dance was no exception.

Chitrasena was born in 1921 in Colombo. His father Seebert Dias was a prominent actor and producer in the 1920s and 1930s and staged plays of John de Silva, who was known for performing Shakespeare’s plays in Sinhala and English. He was a founder of the Colombo Dramatic Club. A luminary in the theatrical circles of the day, Chitrasena as his son was to be the pioneer of the movement of modern Sri Lankan dance forms worldwide.

Chitrasena was encouraged by his father to be an actor and a dancer. At the age of 15, Chitrasena performed at the Regal Theatre the role of Siri Sangoba in a Sinhala ballet. In 1934, Gurudev Rabindranath Tagore visited Sri Lanka. He had already become well known for establishing Shantiniketan and Vishwa Bharati University. His lecture on taking pride on the country’s own arts was so timely that it inspired a whole young Sri Lankan generation.

D.R. Jayatilaka, a Buddhist scholar and a freedom fighter, encouraged Chitrasena to study under the traditional exponents of Kandyan dance technique. The foremost among them were Alagama Kiriganithaya Gurunnanse, Mudanawa Appuwa Gurunnanse, Bevilgamuwal Lnpaya Gurunnanse and others. Chitrasena was initiated in the dance traditions and after the graduation ceremony of “Ves Bandana” in 1940, he left for Travancore to study Kathakali from Guru Gopinath, who was a palace dancer and the founder of Chitroadya Natyakalalayam. From Sri Lanka, Chitrasena was accompanied by Sri Lanka’s popular painter J.D.A. Perera’s revolutionary daughter Chandralekha, who had broken tradition as the first woman to study Kandyan dances. Both of them performed in the court before the Maharaja in the palace at Travancore. Chitrasena also studied Kathakali under great masters at the Kerala Kala Mandalam. 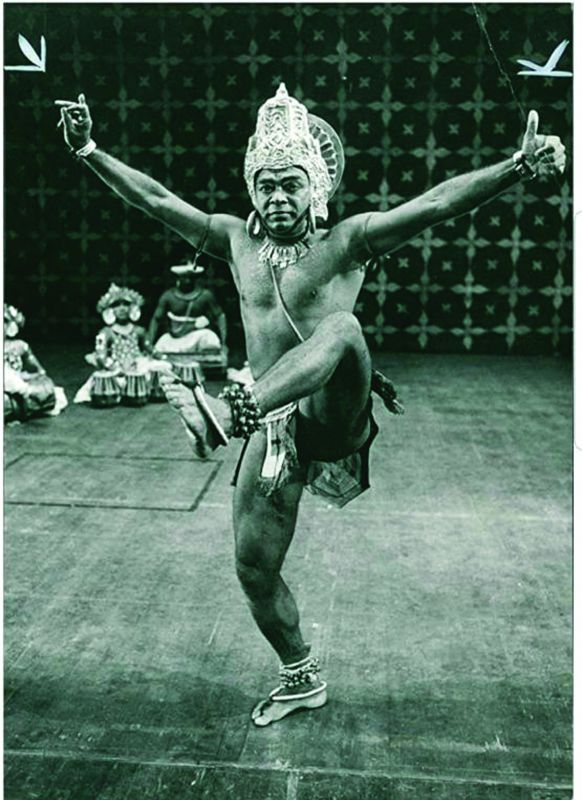 On returning to Sri Lanka, Chitrasena, on receiving a plot of land from patron E. Fernando, established the Chitrasena Kalayathanaya Dance Company in 1943 and was a national school in 1944. His younger brother Sarathsena was a drummer and sister Minirani was a soloist in the Vidura ballet. They all had to suffer a lot of opposition — leaflets were circulated against them, they were accused for polluting “parampara” by introducing theatrical elements, were hooted out during performances, but they did not give up and against all odds enlisted support from progressive people.

These were the years when the influence of India in the arts was all pervading in Sri Lanka. Chitrasena visited Shantiniketan to study dance in 1945. He performed the lead role of bhikshu Anand in Chandalika with Tagore’s granddaughter Nanidta Kriplani. He participated in the All India Dance Festival in New Delhi and also performed in Chandalika to raise funds for Shantiniketan at Empire Theatre in Kolkata. He travelled to Lucknow, Almora, Lahore and earned a name as a leading dancer from Sri Lanka.

On his return, along with other freedom fighters, they dropped the pseudo-colonial values and also their Portuguese-influenced names and adopted names like Amardeva, Sarachchandra and so on. They had overcome insults and indignities. Under tremendous Indian influence, Chitrasena produced dance dramas: “Ravana”, “Vidura”, “Chandali” (Chandalika) and “Nala Damayanti”. They were the creative outpourings of the time.

In 1951, Chitrasena married his dance partner Vajira, whom he gave the excellent role of the swan in Nala Damayanti for which she became a well known dancer. She played the role of Prakriti in Chandali and rose to become a star. From the 1940s to the 1970s, their contemporary innovations, searching for new vistas in the aesthetic field brought Sri Lanka a national identity in dance. Their creations were based on indigenous dance traditions keeping time with changing times. During that period, Chitrasena’s associates like Ananda Samarakoon created the national anthem and composed music. J. Sadiris Silva created music for Vidura and Amardeva for Chandali.

Chitrasena toured in several provinces in Sri Lanka and also had dance tours in Australia and earned great name as a dancer and for Sri Lankan dances. His institution became a centre for artistes visiting from abroad. Great dancers like Martha Graham and Paul Taylor from the United States, mime artiste Marcel Marceau from France and sitar maestro Pandit Ravi Shankar visited Sri Lanka several times and were received by Chitrasena and his dancers, as he was a younger brother of Uday Shankar.

When I met him in 2002, Chitrasena was advanced in age. I honoured him and Vajira with traditional shawls. He reminisced his visits to India and acknowledged the debt he owed to Indian dance traditions, to pioneers like Uday Shankar and Gurudev Tagore. He passed away in 2005.

In 1984, the urban development authority had acquired Chitrasena Dance Company’s premises and land. But in 1988, Chandrika Kumarnatunga bequeathed some land and Vajira and Chitrasena’s daughters, Upeka and Anjalika, established the Chitrasena-Vajira Dance Company to carry on the legacy of Chitrasena. Chitrasena’s granddaughter, Thaji Dias, under the guidance of her aunt Upeka and grandmother Vajira, carries on training the young generation of dancers. Thaji also worked in collaboration with Nrityagram Ensemble, partnering in their production Samhara, coalescing in artistic manner the Kandyan dances and Odissi dances which was a runaway success. It received critical appreciation wherever it was presented, including New York.

Chitrasena and Vajira will always be remembered for their work, forging links between tradition and contemporary dance. Chitrasena transformed the Sri Lankan folk dances and used them for the expression of Sinhala dance. He was able to handle the issues of caste, religion, gender and identity in his choreographic creations.