The Duchess of Sussex was recently spotted at Trooping the Colour with an updated engagement ring. 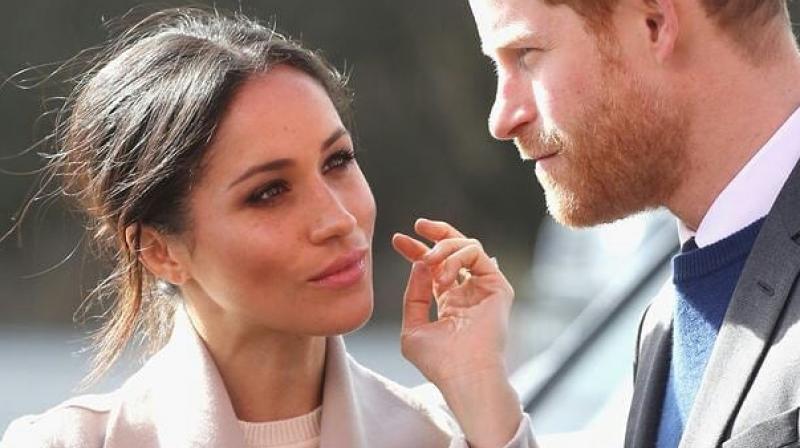 Meghan has always been a fan of delicate jewellery, opting for small bracelets and earrings rather than borrowing the rather heavier pieces from the royal collection like Kate does. (Photo: Instagram)

The ring, designed by Prince Harry himself, featured a large diamond from Botswana, along two smaller diamonds flanking it, from his mother Diana’s personal collection. During a joint interview, Harry said, “It’s obviously yellow gold because that’s her favourite and the main stone itself I sourced from Botswana and the little diamonds either side are from my mother’s jewelry collection to make sure that she’s with us on this crazy journey together.”

Meghan has always been a fan of delicate jewellery, opting for small bracelets and earrings rather than borrowing the rather heavier pieces from the royal collection like Kate does. Along with her engagement ring, she wears a wedding band of Welsh gold and an eternity band, a gift from Harry for their first anniversary.

Royal watchers and many eagle-eyed fans recently spotted the update in Meghan’s engagement ring. Her band was initially made of solid gold, but in her appearances post Archie’s birth, the band was upgraded to a delicate diamond micro-pavé band. 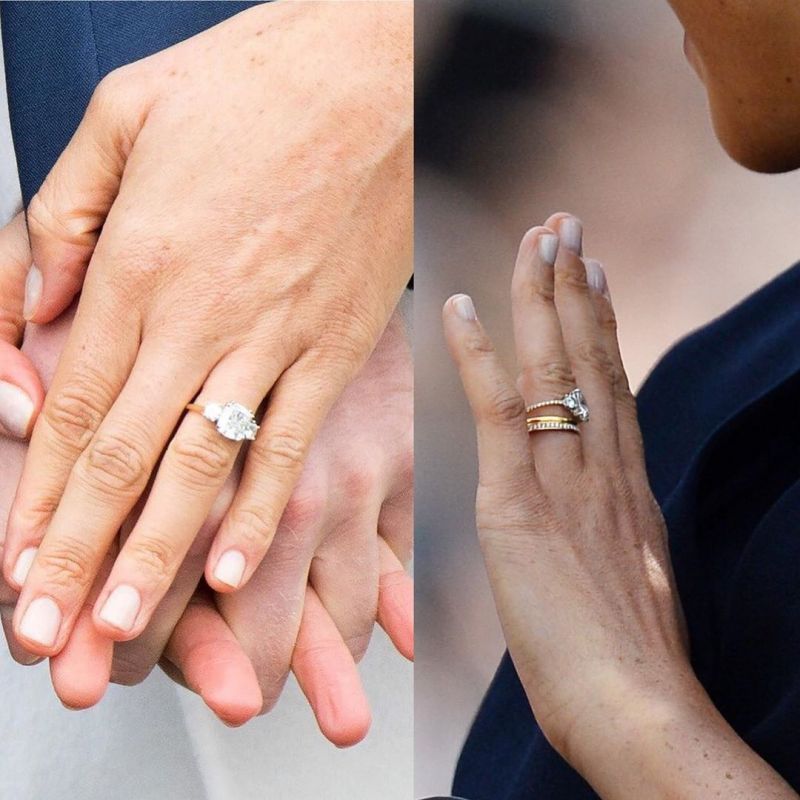 No royal lady has ever changed or modified her engagement ring. Kate’s ring once belong to Diana and other than the band being re-sized, she had no alterations made to it. The Queen, too, in her 70+ years of marriage to Prince Phillip, never made any changes to her original ring. But Meghan Markle, as we know, is not the one to be restricted by tradition.

She has often deviated from royal tradition to make her own little niche in the family. Meghan joined the royal family for Christmas in Sandringham in 2017 despite her not being married then, a first for the royals. She also chose to walk down the aisle by herself for her wedding, and overlooked the Lindo Wing at St. Mary’s Hospital for the birth of her first child.

Meghan was spotted without the band on several engagements before the birth of her son. It was thought that due to swollen fingers fro pregnancy, she had removed them. She always sported her wedding band, though. Now, fans think that the ring was missing as it was being upgraded.

The new and updated ring was seen only on two occasions; when the Duchess presented her son Archie to the world along with Prince Harry and on Trooping the Colour.