Cindy Moore has undergone a boob job and says she may get another one as she also plans to lose more weight for a more extreme look. 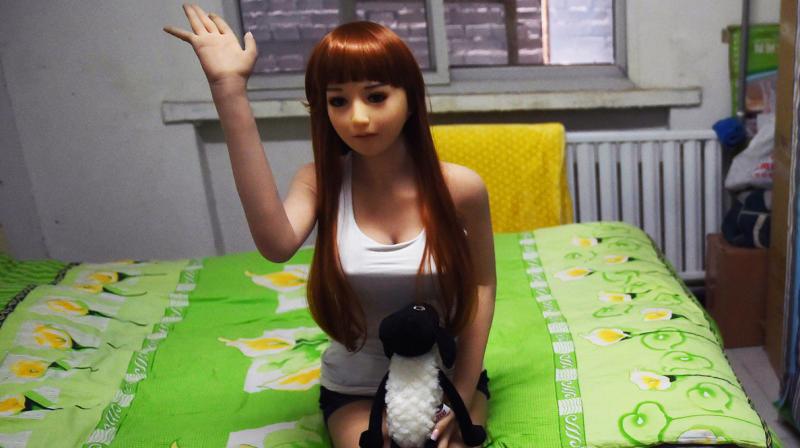 She decided to get the look when she discovered her fiance had an affair (Photo: AFP)

Among several things that promise to change sex for people in the future, sex dolls with various features making them as similar to human beings as possible are being manufactured across the world. But while people look forward to realistic sex robots, would a human being be willing to become a sex doll?

A mother of two in UK has spent close to Rs 8 lakh in a year for a boob job, hair extensions and a lip job. Her aspiration behind this is to become the world’s first human sex doll.

Cindy Moore gets her lips pumped thrice in a month for her aim to be a walking talking equivalent of an inflatable sex toy. She loves her new look and also spent on getting a number plate for her car that reads ‘Doll’ as she mentions how men can’t stop staring at her breasts when she steps out.

But Cindy isn’t done yet as she says she may go for another boob job and a tummy tuck as she is trying to lose weight to look more like a sex doll. She decided to go for the extreme makeover when she discovered that her fiancé was having an affair.

The new look has got Cindy a large number of followers online and she is also making money by selling raunchy pictures to those of them who pay Rs 2000 a month.