A man’s God rant on menstruation has gotten many a knickers in a twist, and rightfully so! 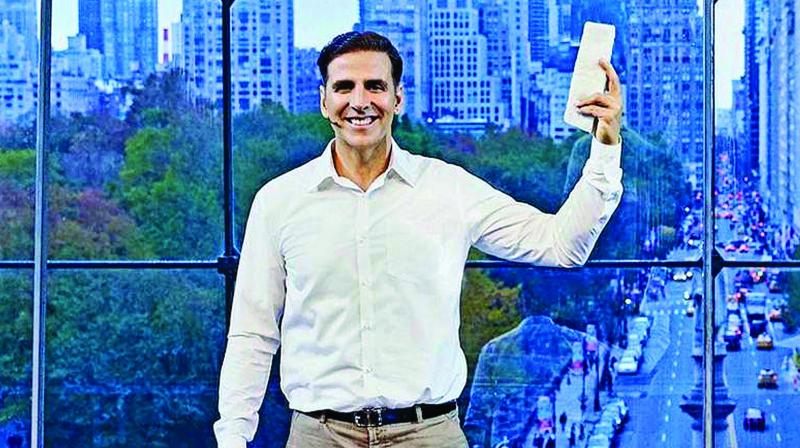 A still from the movie: Padman

As outrage continues to pour in from all quarters spilled over as 60 female students of a college in Bhuj being forced by hostel management to remove their undergarments to check if they were menstruating, videos from a guru of the ashram that manages the hostel suggested sexism that is so entrenched in the sects mindset.  Regressive attitudes that still prevail around menstruation are being countered with fierce feminism and lot of men have weighed-in on social media with many calling out this swamy’s statements.

“If you eat food prepared by a menstruating woman even once then your next avatar will definitely be that of an ox,” the guru can be heard saying in one of his videos. He shared more pearls of wisdom “A menstruating woman who cooks food for her husband will certainly be reborn as a kutri (bitch),” said the guru who has now made it to headlines, thanks to his regressive drivel.

Chennai’s women brigade are up in arms after these statements made it to social media. Latha Dubay, a social activist and event planner, says, “It’s regressive to demean women for a natural biological process. I find it absurd that in this day and age we are questioning a woman’s anatomy and its natural processes and attaching so much negativity to it. Menstruating is very real.”

Downplaying this guru’s rant, Salwin Alfred, a senior marketing professional says, “The times have changed and people are happy to talk about menstruation as a natural process in a woman’s biological clock. Men and women have moved on from that silly sentiment of casting aspersions on the luck factor or her entering the house spelling doom,” he adds, “This is ancient and guru’s like this do a great disservice to humanity.”

Ensuring that women continue to speak up for themselves and are proud of their “bleeding”, many women came out in support of the sanitary pad champion Arunachalam Muruganantham and many women ran the campaign “Blessed to Bleed”. Chennai also had a moment etched in film history with Arunachalam Muruganantham’s film Period. End of Sentence. winning the oscars in the short documentary category in 2018. Counselling Psychologist Dr Mini Rao, says, “It leaves a lasting impact on women when they’re told they’re not good enough because of a natural and very real biological process. They have no control over it and instead of celebrating their health and vitality guru’s like this make women believe they are lesser and as if it is almost close to a sin. These kind of statements can hamper the spirit and growth of the women’s movement in our country and must be dealt with sternly.”