“Flesh-Eating” bacteria is spreading to other water bodies as ocean temperatures rise. 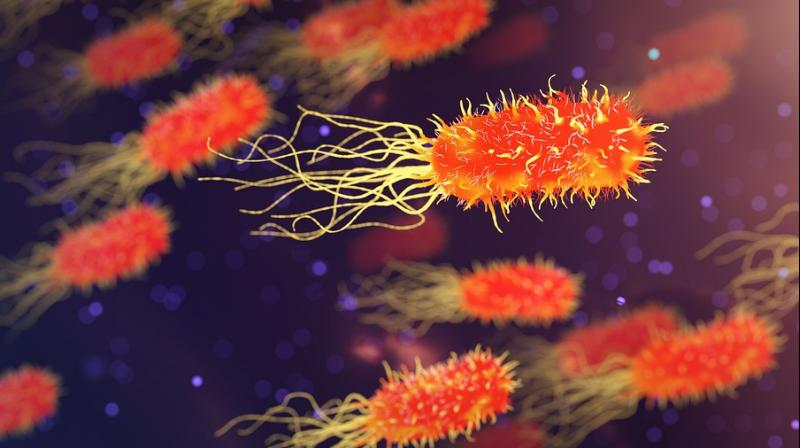 The bacteria V. vulnificus thrives in oceans where the temperature is above 13 degrees Celsius. (Photo: Representational/Pixabay)

Climate change is wreaking havoc on this planet in unprecedented ways.  “Flesh-eating” bacteria are now surfacing on beaches that were initially unaffected.

Historically, there have been also no cases of these flesh eating bacteria in the Delaware Bay. The bacteria have always preferred warmer waters like that in the Gulf of Mexico. A new report revealed five cases of infections caused by this bacterium was reported from the area between Delaware and New Jersey.

But with ocean temperatures rising steadily, waters are getting warmer and thus making water bodies as a compatible host for these deadly bacteria. This bacterium is responsible for a disease called Vibrio vulnificus. They are now moving north from the Gulf of Mexico, a place which was previously off-limits, says the report.

“We believe that clinicians should be aware of the possibility that V. vulnificus infections are occurring more frequently outside traditional geographic areas,” stated the report published in the journal Annals of Internal Medicine.

The bacteria V. vulnificus thrives in oceans where the temperature is above 13 degrees Celsius. These bacteria can make its way into human by two means; if an open wound comes in direct contact with the contaminated water or if contaminated seafood is consumed, reported the Scientific American. V. vulnificus rarely causes life-threatening diseases and most patients only develop mild symptoms.  The bacteria are infamous for causing necrotising fasciitis, a rare “flesh-eating” infection that quickly deteriorates the skin and muscle tissue. As a result, body parts have to amputated or it can even result in death.

From the time period of 2008 to 2016, only one case of this bacterial contamination was reported in Delaware hospitals, but the number has jumped to five in just the summers of 2017 and 2018. All these patients contracted the disease when they ate seafood obtained from the contaminated waters. Out of the five, one patient succumbed to the disease.

A 46 year-old man’s minor leg injury progressed into  huge blisters with unbearable pain. Emergency surgery was done to remove the dead skin and graft in new skin tissues over the wound. Yet another case was seen after a man developed fluid filled blisters on his hands after eating contaminated seafood. This man developed abnormal heart rate even after being given treatment and soon died. More such cases were recorded in the Delaware area.

This infection doesn’t usually affect those with a healthy immune system, said the Centers for Disease Control and Prevention (CDC). Those with chronic liver disease or Hepatitis B or C and diabetes were more susceptible to this disease.

Avoid your open wounds from coming in contact with salty and brackish water. Also, avoid eating raw or undercooked seafood to keep the V. vulnificus bacteria at bay.