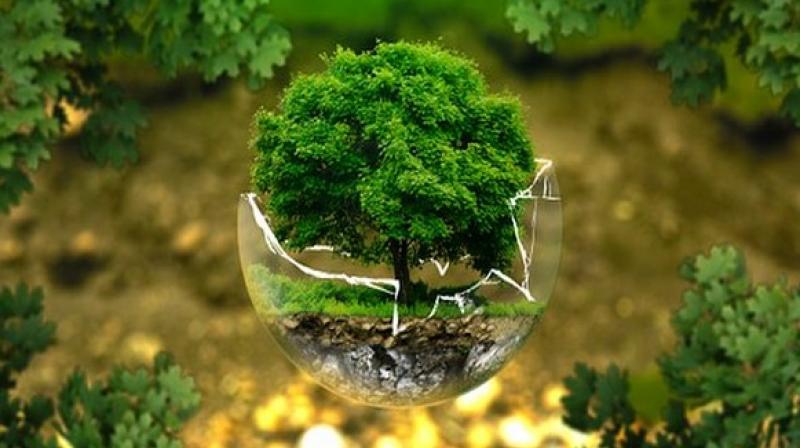 The phenomenon of higher temperatures in areas with a lot of buildings and pavement is known as the urban heat island effect. (Photo: ANI)

Portland State study demonstrates how plants, trees, and reflective materials can reduce extreme heat in a city neighbourhood. Those solutions, however, present a growing challenge to developers and planners as neighbourhoods become increasingly dense and single-family homes give way to apartment buildings.

Published in the journal 'Atmosphere,' the study used computer modelling to show the temperature differences that can be made in a variety of property types -- from tree-filled neighbourhoods to heavily --paved industrial areas -- through planting trees and vegetation, installing green roofs and using materials on roofs and pavement that reflect heat.

The modelling showed that the biggest differences came from using reflective materials and planting trees. Shandas said green roofs provided localised cooling of the roofs themselves, especially when watered, but that they needed to be studied further before they could be considered as a broader solution for urban heat.

He noted, however, that green roofs provide other environmental benefits such as retaining storm water, controlling pollution and providing a habitat for wildlife.

The study was done at the request of the City of Portland and may be used by city officials as a guide in Portland's planning and development. The work also includes interactive maps showing every land parcel in the city, their pollution index levels, per cent of vegetation canopy and more.

"One of the biggest takeaways from this work is that in the places we live, work and play, the construction materials, colours, amount of roadways and greenery - decisions that are largely left to city planners - have an effect on the varying temperatures we experience in Portland," said researchers.

"We have control over the design of our cityscapes. If summers are getting hotter, shouldn't we be considering how different built designs impact local temperatures?" they asserted.

The phenomenon of higher temperatures in areas with a lot of buildings and pavement is known as the urban heat island effect. Previous studies show that urban heat islands are associated with higher pollution and negative health conditions, especially for the elderly, young children and people with lower incomes.

While testing solutions that reduce urban heat, the study also showed the effects of doing the opposite. For example, it showed that paving over places that previously had a lot of tree canopy could raise the temperature as much as 25 degrees Fahrenheit on a summer day. Nearby neighbourhoods would experience a spill over effect.