I will feel honoured if people call me ‘Amma’

Both Ramya and Gautham say that they haven’t met Ms. Jayalalithaa in real life. 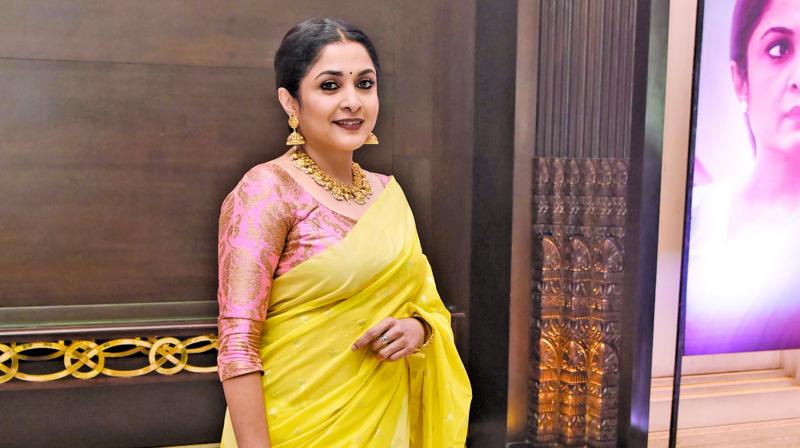 You said Queen'’ protagonist is a fictionalised character. From what we saw of the first episode, it is about a studious girl who becomes an actress and reaches great heights in films before moving to politics. So, who is your inspiration?

There's a book called ‘Queen’ penned by Anita Sivakumar. The makers of this series bought the rights of the book and approached me to direct it. My business partner Reshma Ghatala wrote the script and screenplay and when I read it, it was an inspiring story of a woman - someone who was forced out of school and thrown into films, and how she survived there and entered politics. It was all there in the book.

So, was Ramya Krishnan your first choice?

Yes, as soon as the script was ready, I felt she would suit the character of Shakthi Seshadri. But I was wasn’t sure if Ramya would agree to do a web series. She was convinced by the writing, though, and was happy to come on board. She too asked if it bore a resemblance to Amma. Once we cleared her doubts, the project started rolling.

Menon reveals that it was a conscious decision not to have any prosthetic makeup for Ramya’s role. “First of all, the script did not demand it. I am not for it as well.”

About the resemblance to Ms. Jayalalithaa, he says, “I have told you about the background.  If you and others, including the party cadres, feel she resembles Amma, I am honored and proud.”

Asked why he didn’t opt to make a film out of Queen, he says, “The story cannot be told in 2-1/2 hours. A web series gave me a lot of space to explore.”

Menon says he had explained the situation to Ms. Jayalalithaa’s niece and nephew, but declined to comment further, as the matter surrounding this is sub-judice.

“After watching the series, if people call me Amma, I will feel honoured,” says Ramya.  “She is someone who wants to be the best at everything. It was one of the most challenging characters I have ever portrayed”, she says, talking of Shakti.

Both Ramya and Gautham say that they haven’t met Ms. Jayalalithaa in real life.

While Anaica plays Shakthi from 13 to 17 years, Anjana essays the role between the ages of 18 and 30 and Ramya takes over the rest of the story.