Meet people who have taken the risk of treading the unconventional path where passion precedes pay. 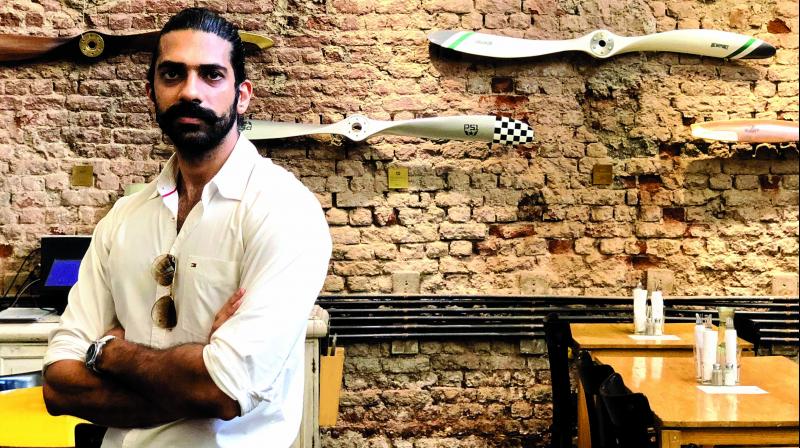 Akshay Sharma posing with the propellers

Clocking in over 43 hours a week, ‘the city that never sleeps’ is an epithet that is perhaps best suited for the metropolis of Mumbai. With the prospect of a steady job, embracing the uncertainty of passion becomes irreconcilable. But while one might chase their passions from the sidelines, no man can serve two masters. There are a few who have taken the risk of treading the unconventional path and have given up their six-figure salaries and complete stability to follow their passion and do what they really love. 42-year-old Bharat Gothoskar, who worked at different MNCs for 16 years quit his cushy job to ‘work for his soul’ and started exploring the city through heritage walks.

Bharat had a keen interest in the city right from his college days and after a handful of successful walks, he knew better than to keep brushing off his passion as a pastime and founded Khaki Tours in 2015. Ironically, he never had to market his new venture and it grew organically through happy patrons who would come in hundreds to take the walk. But this feat itself was no cakewalk, “When I did this I passed through multiple gates. My first gate was questioning was on whether there was a market for something like this and if people will pay for it.  If you're dead sure, then go for it,” he says with a word of caution. “Plan your finances well and you should have enough money to sustain for three years even if your venture fails. If that's not the case don't get into it,” he warns. 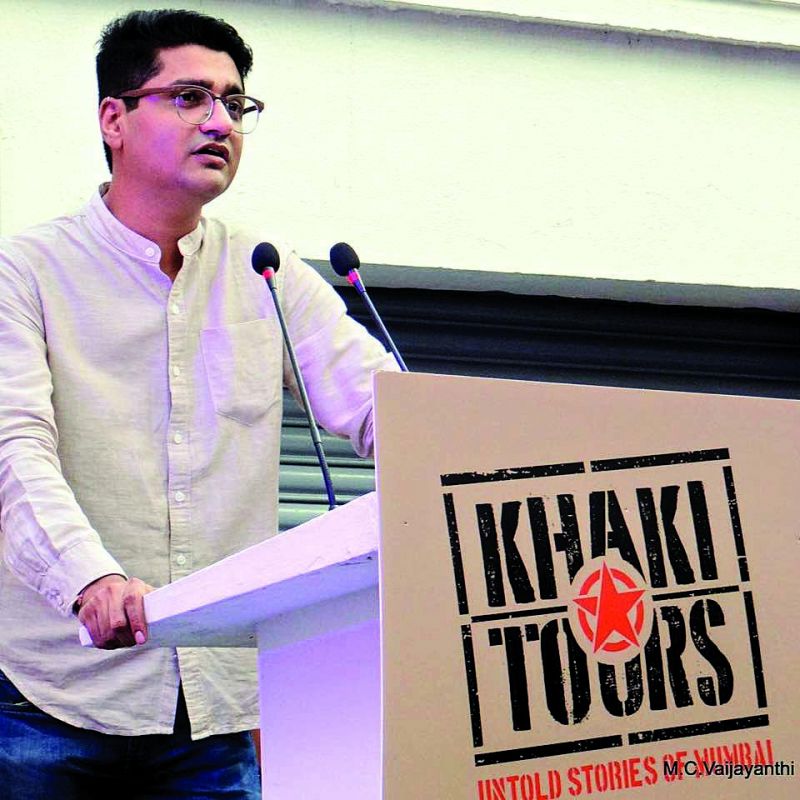 But that wasn't the game plan in mind for Akshay Sharma, who gave up an enviable position as head of marketing at Eros, months before his passion for aviation art came to fruition. “I really wanted to do what my heart felt like after 18 years of working with big corporates. I've lived that high, I've had that fun and now I really want to pursue what my heart dictates”, says Akshay. The aviation enthusiast found his calling four years ago when he couldn't find the wooden vintage propeller of his dreams to adorn his home. He, therefore, took it upon himself to make one with his own hands. After three years of experimenting and making customised propellers for friends and family as a hobby, Akshay established his brand WoodFeather and will now be shipping his handiwork across the globe. “Of course the money is never going to compare with what I used to get, but it's not about that. The kind of appreciation I get from the industry experts just fills my heart,” says the 39-year-old propeller maven. 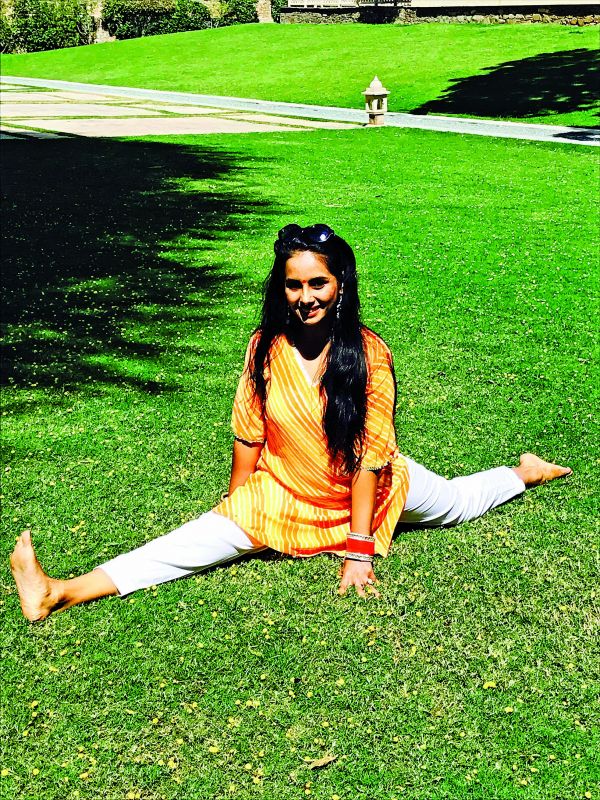 For travel junkies Sandeepa and Chetan, who have traversed the length and breadth of the world, the idea to escape from the rut of a regular life took shape at the dinner table. After going for a month without finding the time to share a meal, the couple agreed that this wasn't the life they'd imagined for themselves. Sandeepa was an electronics engineer and her husband Chetan, an advertising professional, who were determined to live life on their own terms. They quit their jobs and sold their home in 2013 to go globetrotting on a shoestring budget, “We both love to travel and love the uncertainty that comes along. It is challenging, but it's worth it,” assures Sandeepa. Come August the couple will start their own tours to give a taste of unconventional travelling to travel aficionados in the country.

But for some, their calling might come disguised on a holiday. Supreet Sapra, was a senior Public Relations executive at a media house when she quit her job in 2015. In the absence of plan B, she decided to learn yoga in Rishikesh for one and a half months. Now a certified Yoga teacher, Supreet calls her tryst with Yoga, mere blind luck. "When I returned from Rishikesh, my parents and colleagues were hopeful that I would join work again, but that wasn't going to happen. I knew I would never find the time for the things I love if I kept pushing it back." Hailing from a defense background, for Supreet fitness always came first. She started Yog Aloha in 2015 and has students from ages three to 80 coming to learn the benefits of Yoga.  "It is risky, definitely, but what do we work for if not happiness?" she questions. "Teaching Yoga lets me help others and there's nothing more fulfilling," she adds. 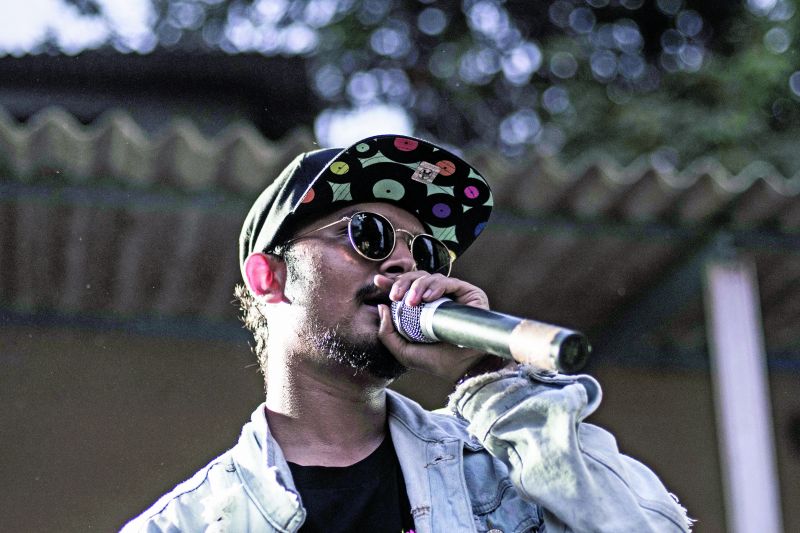 Torn between the head and heart, 25-year old rapper Vineet Nair, gave up his job as an instructional designer at Accenture to pursue his childhood dream to become a rapper. "When I was 13, I was introduced to Hip-Hop and the music gave me my calling. It was the best way I could express myself," he says. But it was only when he released his first album, alongside his corporate stint did he realise the opportunities he would miss if he didn't give in fully to his passion,  "It was certainly difficult letting go of a stable job at an MNC. There is negligible infrastructure around hip-hop music in India. The challenges are mostly financial, but the ups and downs come and go and I am prepared for that," he declares.