The pandemic has brought out the worst in few people. Some, psyched by the fear that the coronavirus is transmitted by animals 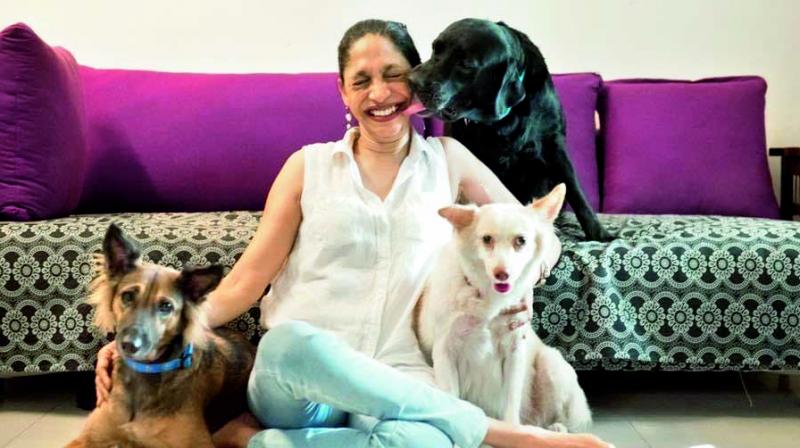 One night, dog rescuer Aditya Venkatraman received a distress alert about a “furry little dog, too weak to stand, with a face that looked all matted and bloody.”

The nation-wide lockdown had just been announced. There was tension and fear in the air. Barricades were up all over the city. But Aditya managed to get to the dog. The animal turned out to be a senior Tibetan Terrier, and had obviously been abandoned by his owners.

Aditya took the dog to a veterinary clinic for treatment. He has now found a loving home, and answers to the name of Doki.

The pandemic has put a lot of pressure on people, including on living arrangements. Psyched by the fear that the coronavirus is transmitted by animals, an increasing number of people have been abandoning their long-term pet pals.

Lata Madhu, owner of luxury outlet Collage and an ardent animal-lover says, “The fear of the unknown has made people behave irrationally. You know that you will stay with your family in the hardest of times. Our pets are our family, they have no one else to go to. People should love them and keep them safe.”
Doki is one of the many dogs that have been rescued during the pandemic.

A chocolate coloured female Doberman was found sitting outside an upmarket mall in Chennai, looking lonely and lost, by Vani Sengupta. The dog had welts made by a whip on her back and legs.

They rescued the dog, named her Phoenix, gave her veterinary care. With time, Tail Alert helped her heal. She has now found a foster family. The happy, smiley-faced big puppy loves running around her new home and playing fetch.

Even educated, affluent professionals display such irresponsible behaviour. A well-known doctor from a super speciality hospital let his Rottweiler out in the middle of one night as he found he couldn’t care for the dog without the domestic help he had been used to in pre-lockdown days.

Anxious and afraid, the dog bit a few people before someone subdued him with acid and a stick, and tied him to a pole. Chaya Devi and her volunteers rescued the maimed dog, and have, with patience and loving care, brought him back to normalcy.

Novelist and animal-lover Arya Rajam says, “I was horrified to hear that many people abandoned their pet dogs during this pandemic, fearing that the dog could give them the coronavirus. This is completely false. Dogs cannot pass the virus to humans. Even otherwise, many people abandon their pets when they move to another city, or for some other reason. They should realise that they are committing a crime by abandoning their dogs.”

Renuka Jaypal, founder of Tail Alert, says, “When a dog comes in as an addition to the family, it should be a thought-through decision, not a commodity bought from breeders on an impulse. We tell people to pick a dog who fits into their lifestyle and tell them that they must commit to 12-15 years of care. Many have used the lockdown as an excuse or opportunity to dump the animals they have decided they don’t want them as they can’t manage. It’s horrific.”

Recently, an adorable Husky puppy appeared in a cardboard box at the gates of the Blue Cross of India, in Chennai. BCI’s Arpitha Rao got a call from the staff and rushed in to work.

The two-month old pup they named Panda had a sunny nature, but her hind legs didn’t function properly, which was probably the reason her owners decided to abandoned her. Arpita and the BCI volunteers fell in love with the fearless little pup.

They fostered her, and now Panda is happily settled with a new family. With love and care, an abandoned dog’s personality can change. The sadness and fear can turn into hope, and then happiness.