A new study reveals that the menstrual cycle varies for a majority of women. 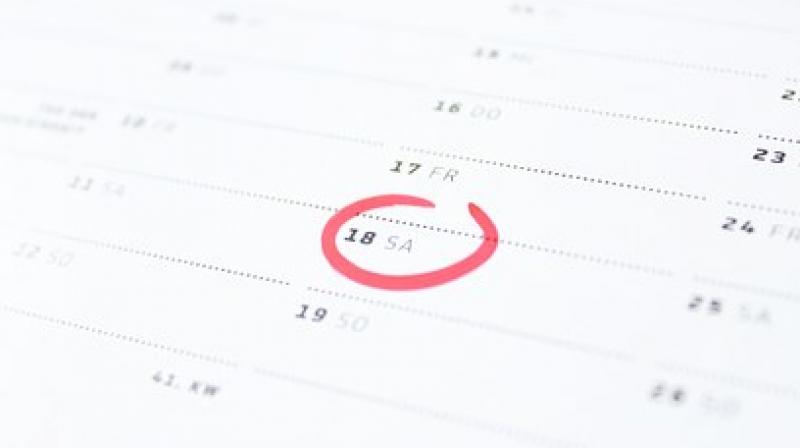 Remember how you learnt about the 28-day menstrual cycle in school? If you’ve been privileged to have period lessons at all, that is. Also recall how anything out of the 28-day time-frame was considered to be abnormal? Well, a new study suggests that all of this isn’t a common occurrence.

Natural Cycles, a contraceptive app joined hands with London's UCL to conduct a study on 600,000 cycles of about 125,000 women from Sweden, the US, and the UK. The research revealed that only 13 per cent of menstrual cycles were based on the 28-day framework. For about 65 per cent of participants, the cycles lasted between 25 to 30 days.

Professor Joyce Harper from the UCL Institute for Women's Health opined that the world’s understanding of menstrual cycles could be flawed. "Our study is unique in analysing over half a million cycles and rewriting our understanding of the key stages," she explained. "Traditionally, studies have concentrated on women who have approximately 28-day cycles. For the first time, our study shows that few women have the textbook 28-day cycle, with some experiencing very short or very long cycles."

Published in Nature Digital Medicine, the study also focused on the concept of fertility. Most of the people think that ovulation occurs on the 14th day of the menstrual cycle. However, this might not be completely true. The study discovered many differences in follicular phase length (the time from the first day of menstruation to ovulation).

"It is important that women who wish to plan a pregnancy are having intercourse on their fertile days," said Professor Harper. She suggested considering “other measures such as basal body temperature” to identify the fertile period instead of solely relying on the menstrual cycle.

Dr. Simon Rowland, head of medical affairs at Natural Cycles, pointed out the connection between this result and the possible inaccuracy of fertility calendar apps. Meanwhile, Elina Berglund, co-founder of Natural Cycles app, focused on how every female body is unique. She said, “Reflecting the increasingly mainstream use of femtech, studies like this — powered by data — empower women to better understand their bodies by offering a more individualised approach to health. For me personally, the more entrenched I became in my own fertility data at the start of Natural Cycles, the more I learnt about my body — and the importance of this agency cannot be overstated.”

Chances are that similar studies will be conducted across the globe, considering the growing awareness on menstruation and pregnancy. Nonetheless, it has certainly made us question facts and take a second look at our menstrual health.