Physical exercise is a controlling factor that improves the immune mechanism, which helps people cope better and not relapse into disease. 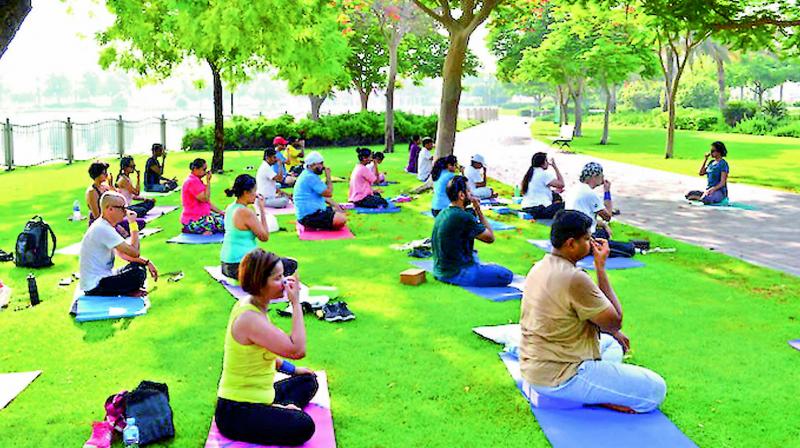 A healthy diet, sleeping on time and getting enough exercise to maintain good mental health, is recommended.

Against the backdrop of India’s alarming mental health statistics, psychiatrists discuss the role of physical exercise in reducing ailments of the mind.

Shaheen Bhatt’s recently released book on her struggle with depression has once again turned the spotlight on the issue of mental health in India, which has the dubious distinction of being named by the WHO in 2018 as ‘the country most affected by anxiety, schizophrenia and bipolar disorder.’

Despite one in every six Indians suffering from some form of mental illness, as per the WHO, such problems continue to have a stigma attached to them, causing people to shy away from seeking help. Doctors are trying to phase out the term ‘mental’ because of the stigma linked to it. “We are referring to it as cerebral health or brain fitness, as they are better scientific words,” says Dr. Naresh Vadlamani, chief consultant psychiatrist at Columbus Hospital, Hyderabad.

What can a person who is in the grip of a mental ailment do to help himself?

Well, it appears that exercise can go a long way in bringing about positive change. There is significant research to support this. A recent study in JAMA Psychiatry, a monthly, peer-reviewed medical journal published by the American Medical Association (AMA), found that physical activity is an effective prevention strategy for depression. Earlier, a study published by the UK-based Taylor and Francis Group, stated that exercise improves both mental and physical health in patients with major depression.

How does exercise help?
Leading psychiatrists in Hyderabad explain that exercise should not be regarded as a cure, but rather, as an effective prevention strategy for depression.

Dr Krishna Sahithi, consultant psychiatrist at Apollo Hospitals, says “Doctors suggest walking, along with medication, for patients diagnosed with clinical depression because it releases mood-enhancing hormones like endorphins, dopamine and serotonin. Exercise also means a change in environment and stepping away from enclosed spaces that a person may want to be in, and this can infuse positivity in their daily routine.”

Exercise puts people on a faster track to recovery from depression and also helps either prevent or reduce the severity of another possible episode, she adds.

How much to exercise?
“There are three cornerstones of health — food, rest and exercise,” according to Dr Pragya Rashmi, consultant psychologist at Yashoda Hospital. Giving the break up, she says, “70 per cent is food, 10 per cent is rest and maintenance, and 20 per cent is physical activity.” Getting down to specifics, she says a person with a sedentary lifestyle needs at least an hour of dedicated exercise every day, including 20 minutes of working up a sweat,” she notes.

Pointing out that mind and body are two sides of the same coin, and that you cannot work on one without considering the other, Dr. Rashmi says older forms of fitness activities, such as Tai-chi and Yoga,envisage the two as a single unit. “Physical fitness can reduce anxiety, depression and the perception of negativity and also improve sleep. There is an increase in cognitive function when the body is fitter and the mind is more alert, which increases insight levels,” she concludes.

Dr. Naresh Vadlamani, chief consultant psychiatrist at Columbus Hospital, agrees that physical fitness helps to cope with factors that precipitate mental illness, but warns that it does not guarantee a cure.

“Physical exercise is a controlling factor that improves the immune mechanism, which helps people cope better and not relapse into disease,” he explains. He advises a healthy diet, sleeping on time and getting enough exercise to maintain good mental health.

The limitations of exercise
Exercising is not as simple an option as it sounds, and comes with limitations. For example, finding the motivation to exercise is the key to fitness, but for people with depression, this is a challenge.

A vicious cycle is created when lack of regular exercise leads to weight gain, which intensifies depression. “Expecting people to stick to an exercise routine and push themselves consistently is not realistic. So, suggesting exercise can be helpful only in some cases of mild depression. Even in such cases, it should be seen as a complementary and alternative therapy,” cautions Dr Sahithi.

(Un)Healthy Minds and (Un)Healthy Bodies
Mental health is similar to physical health. There could be multiple causes, including diet, lifestyle, environmental factors and genes, for a mental ailment, says Dr. Naresh Vadlamani. A person may have the genetic makeup for depression, just as he may have one for diabetes. This genetic predilection is triggered by risk factors such as an unhealthy diet, and precipitated beyond the threshold level into the disease level, he explains.

“With any illness, multiple biochemical changes occur. Typically, the common pathways of a disease are inflammation and impaired immunity. This means, the early symptoms of either a physical or a mental issue can show up as a headache, chest pain, lung pain, etc. So, when you look at it from such a perspective, physical is the same as psychotic illness, only the medication and treatment are different,” he added. “Mental health issues make a person think negatively about themselves, the world, their past and future. They typically lose confidence, have feelings of guilt, feel inferior, and have negative thoughts about others as well. And just as conditions such as high cholesterol can lead to heart disease and heart attacks, depression can lead to suicidal thoughts as well as the act of suicide itself. Therefore, these symptoms require treatment and medication, he cautioned.