With Sonam choosing to wear a mangal sutra as a bracelet, we find out how the traditional symbols of marriage are evolving with time. 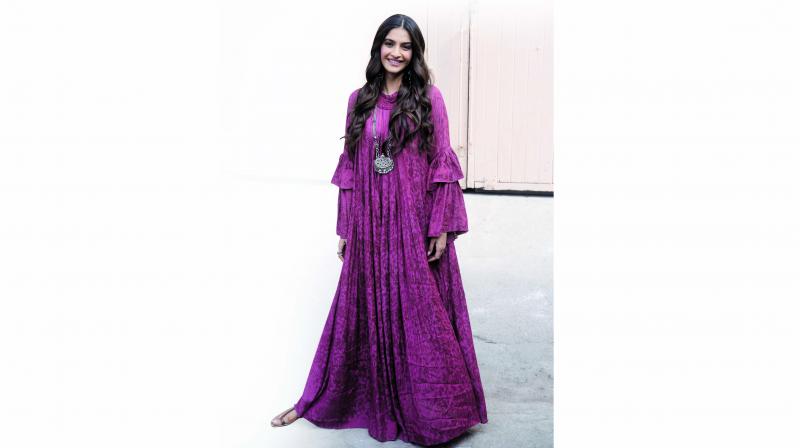 “The modern woman is sorted and sure about her choices. It is her choice to accept tradition or not, or to personalise it, as she prefers. Globally, it is now a style statement to wear jewellery pieces, differently from the ways they are known traditionally, such as mismatch earrings or single anklet. The multi-wear pieces are already in vogue where the same studs can change from danglers to pendants, as the designer or the wearer fancies. Toe rings, which a few decades ago were the traditional Indian symbols of marriage have already been adopted by many young, unmarried women as style adornments. The fashion divas of the likes of Shilpa Shetty Kundra and Sonam Kapoor, while embracing the traditional symbols of marriage, give them a stylish twist by wearing their mangal sutras as bracelets. They are choosing to marry tradition with style and innovation. And just like their jewels they are wearing and flaunting their choices their way, confidently,” says Eena Kapoor, jewellery designer.

On a similar note, jewellery designer Niki Oberoi feels, “Indian fashionista Sonam Kapoor Ahuja is known for her classy taste. Instead of eliminating the beautiful mangal sutra she adorns it as a bracelet, which is commendable! I think it’s very stylish and traditional. She has set yet another standard for the Indian brides who hesitate to carry off traditional mangal sutra. You wear it around the neck or around the wrist it should not be questioned, as it’s the emotion that counts. The fact that she chooses to adorn it speaks volumes about her persona. She may be a star but she has her roots grounded. Kudos to the queen of fashion!” 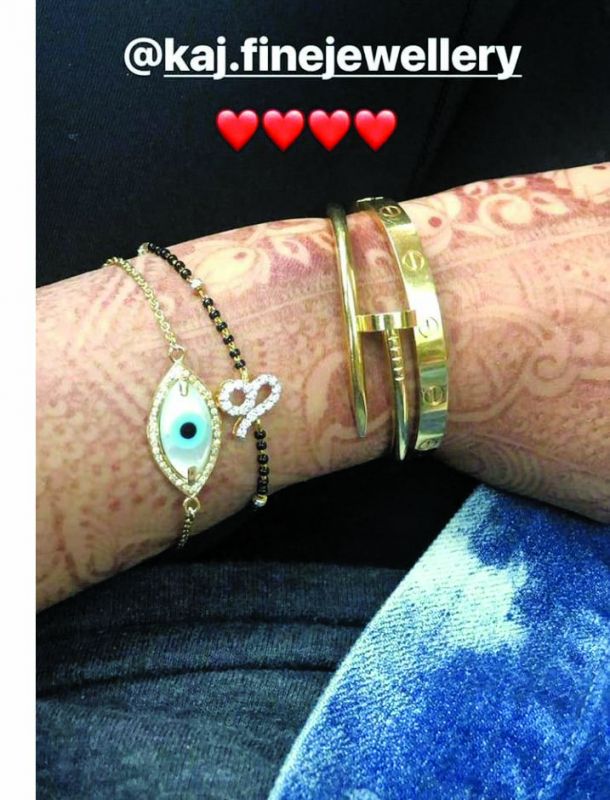 Lending more support to Sonam’s fashion statement, fashion expert Bandana Sondhi says, “Times are changing and so is each generation. To expect young people to follow age-old traditions is unrealistic. Sonam Kapoor was seen wearing her mangal sutra on her wrist as a bracelet. I feel there is nothing wrong with that. To give her due credit, at least she thought of wearing it and did not discard it totally. It is just a very creative way of wearing it and of following tradition.

Many agree that marriage is a personal choice and how it is followed and interpreted by each individual should also be personal.

On the other hand, sociologist Ila Naidu says, “Even today in India  marriage is a very important institution and is an integral part of our social fabric. Traditional signs of marriage like wearing sindoor and a mangal sutra or chooda will never go out of style. In fact to even equate them with a personal style statement is completely wrong. An actress known for her sense of fashion is also a young woman who has dreamt of her big day, post which she wears her mangal sutra with pride like any other new bride. Times may have changed and city folk may dress more fashionably but deep down Indian traditions will always remain.”

Celebrity stylist, Rishi Raj feels that the modern bride/wife is finding new ways to express herself while keeping the traditionalist within alive. “Let’s not forget, most traditions did start of as popular lifestyle choices at the time. So it’s all coming full circle, where the rules are being tweaked a bit, the envelope being pushed a wee bit further, which is a wonderful thing to see. Maybe Sonam is making a point, that the mangal sutra does not represent a ball-and-chain around the woman’s neck, but instead is an added strength, wherein she walks hand-in-hand with her spouse,” he opines.