Hard-hitting, visually appealing and consistent. The works of this artist will live on forever. 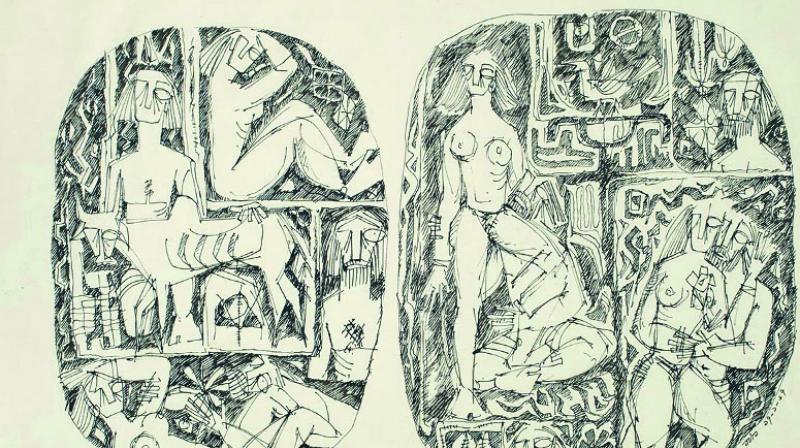 It is true when it is said, ‘the artist may die but their work will always transcend time.’ It has been an eternal truth for many artists and Rabin Mondal is a prominent name among them.

It is true when it is said, ‘the artist may die but their work will always transcend time.’ It has been an eternal truth for many artists and Rabin Mondal is a prominent name among them. Rabin was only 12 years old when he took up painting and drawing as he was bed-ridden due to an injury on the knee. The impact of the Bengal famine and the communist riots had affected his psyche immensely. His art is renowned for taking inspiration from primitive and tribal art for its raw energy. 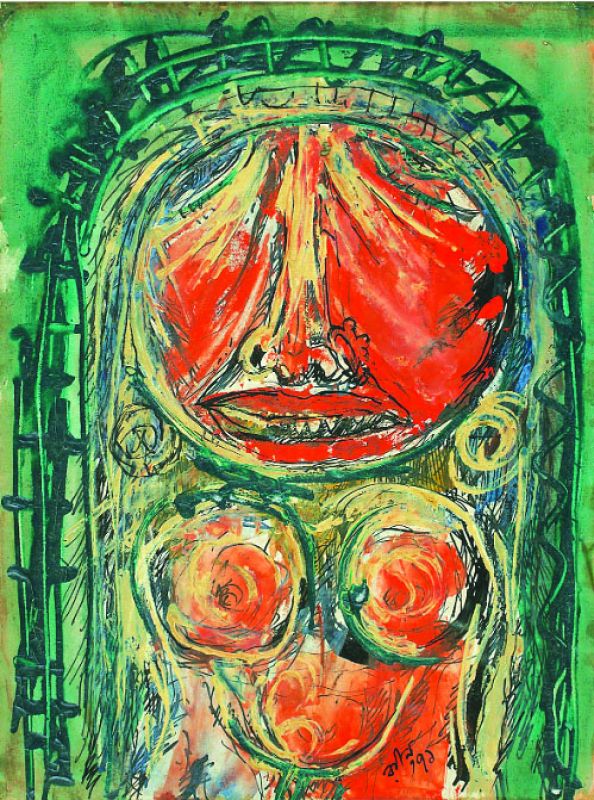 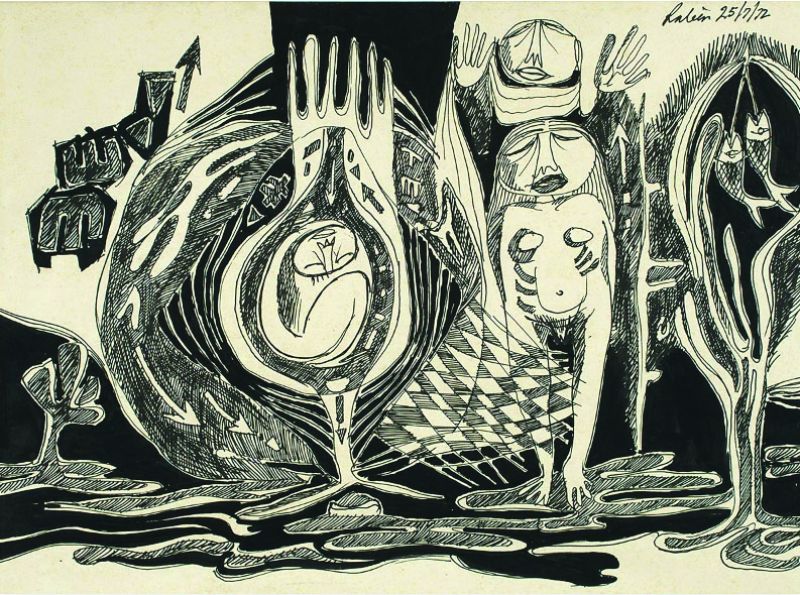 Kishore Singh, Head - Exhibitions & Publication, DAG, is the backbone to the platform that has collected Rabin's artwork. He has a lot to share about Rabin and his contribution towards the world of art. He says, "If you look at the artists whose works are very strong, powerful and have a strong aesthetic quality, you will see that there is a standard quality to those works. We respond to that art because there is a certain significance and quality. It represents a certain point in history. Rabin Mondal is a representation of that idea." 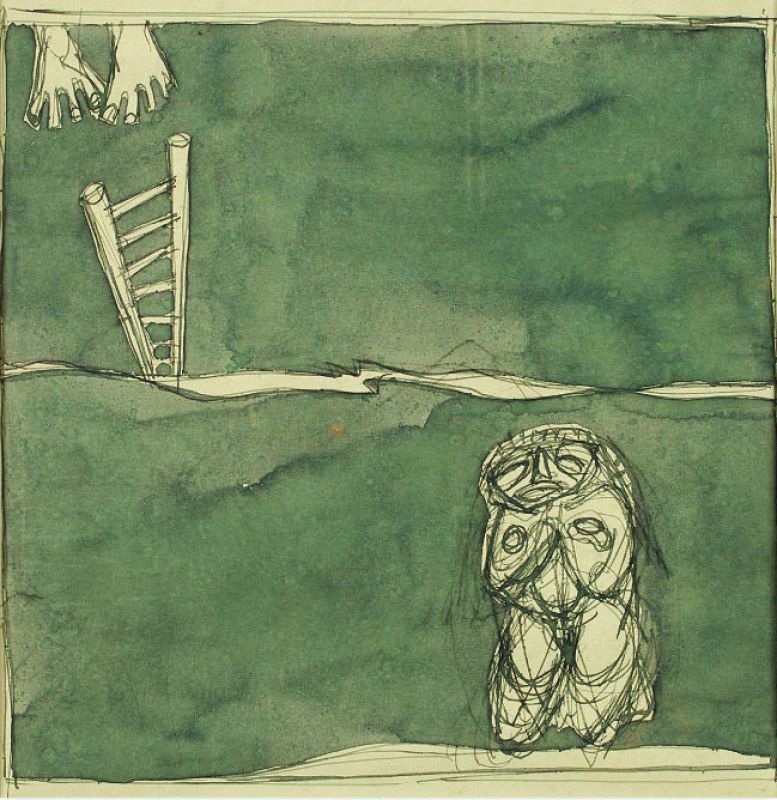 On the subject of the depiction of turmoil in his works, Kishore responds that turmoil is on one side adding, “What characterises his work as there are so many concerns with power and authority and therefore the misuse of power and authority; how people aspire to power. But having achieved their goal, you’d also find that they are isolated vulnerable and are made lonely.” 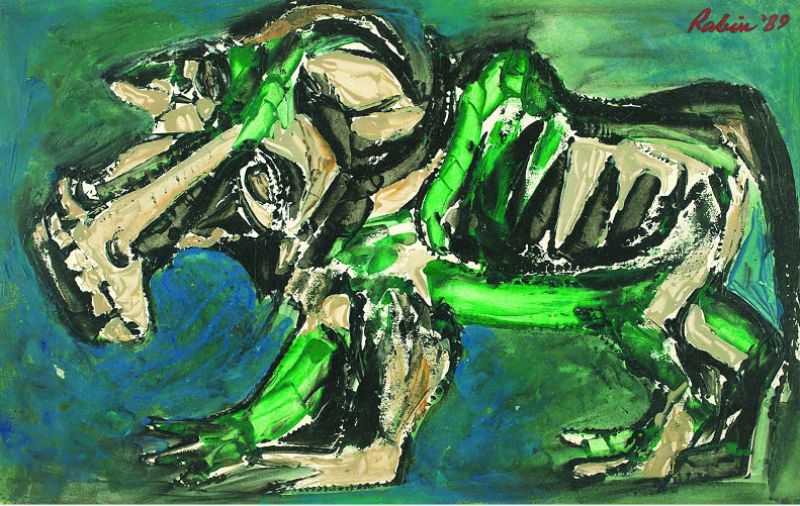 He later states that what separates him from the rest is how authority and vulnerability are represented in his paintings. “There is a certain sense of fear in the way they exist in a space that is removed from normal society,” he adds. Rabin’s works are not ahead of time but are beyond it. He further adds, “He paints with a certain pain, a certain feeling of melancholy about the society that he feels. It is this condition of mankind that existed in the past exists in the present and will continue to exist in the future. This reflection is something that is part and parcel of the journey of humankind.” He recently passed away at the age of 90. One of Kishore’s favorite series of Rabin is the King Series. He explains, “This series represents power and vulnerability so beautifully and evocatively. His series on Devis or goddesses was equally strong.” 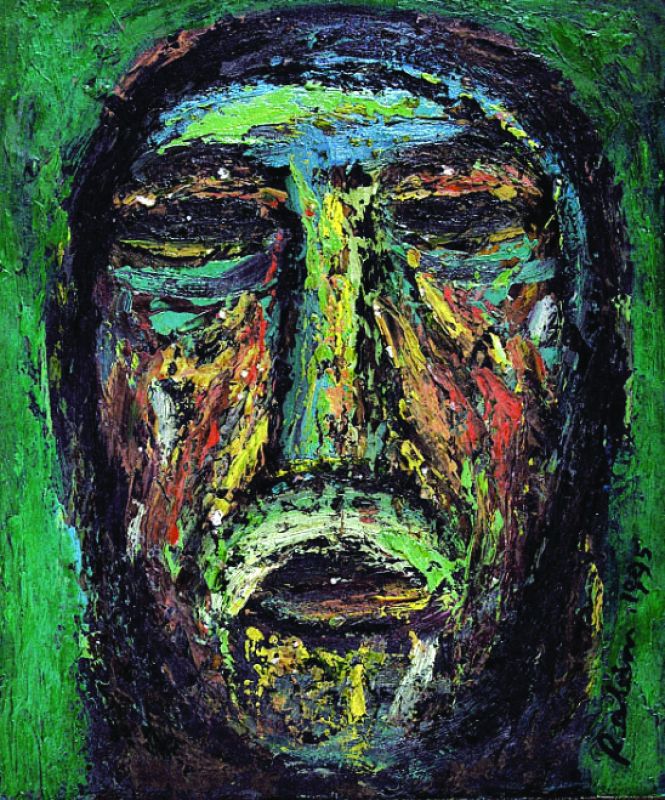 When asked about the one thing aspiring artists can learn from Rabin, he concludes by pointing out, “Rabin Mondal did not create art for the market. He created art that he believed in, art that was beyond the aesthetic. He continued to paint with a certain focus and intent which he did not deviate from.” 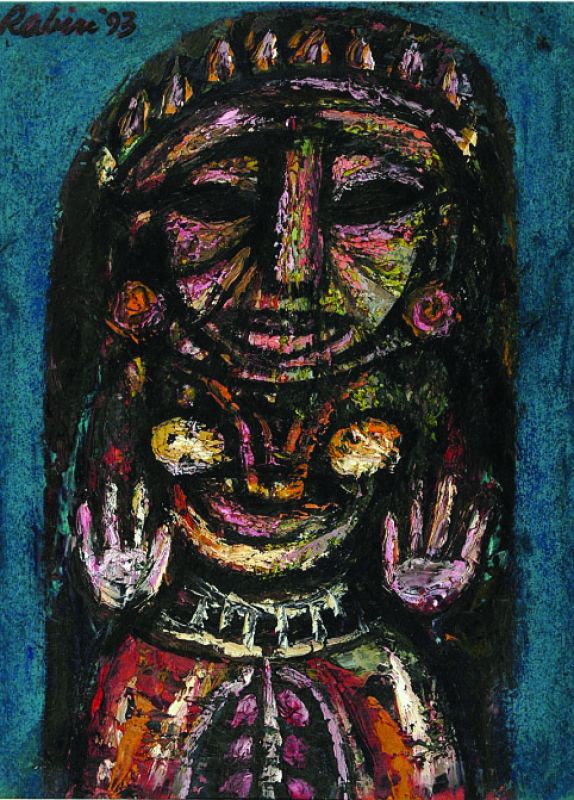