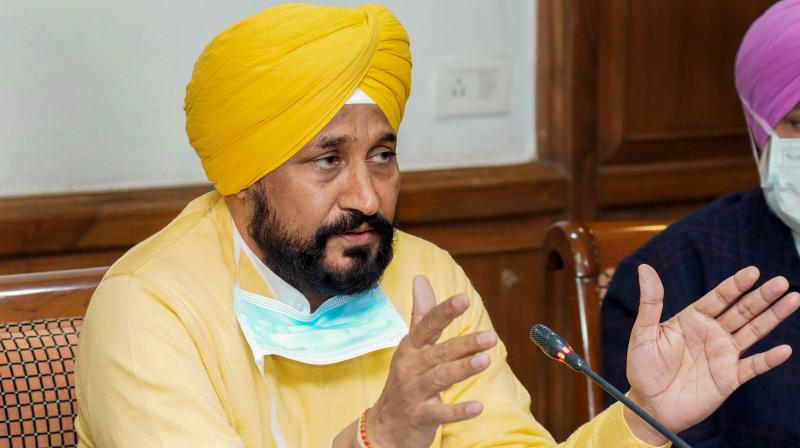 New Delhi: Punjab chief minister Charanjit Singh Channi lashed out at the Aam Aadmi Party on Friday, calling it a “party of thugs” and said that because the state already has an “aam aadmi” at the helm, the AAP is frustrated and trying to discredit him.

Speaking exclusively with The Asian Age, Mr Channi said, “AAP is a party of thugs and they are doing cheap politics. They have nothing to use against me. Earlier Arvind Kejriwal presented himself as an aam aadmi but now people of Punjab have got their own common man in me. Therefore, they are now frustrated and leveling baseless allegations against me.”

He also termed the Delhi chief minister and AAP chief Arvind Kejriwal as a “venal leader”. The Congress feels that the only competition that it has in Punjab is from AAP. In the last couple of weeks the AAP blitzkrieg has taken Punjab like a storm. After public consultation it has also announced a CM candidate, its Lok Sabha MP Bhagwant Mann. AAP is very confident of wresting power from the Congress which it is resisting.

Mr Channi is pleased that the Congress high command has acceded to his request of announcing a CM candidate before the elections. He said, “It was the people's demand that Congress must fight the elections with a CM face and considering the demand, Congress leader Rahul Gandhi who was in Punjab the other day has also announced to name Congress' CM candidate soon.” He added that he has not asked the party high command to name him and that he will abide by the party’s decision.

There is stiff competition between Mr Channi and state unit chief Navjot Singh Sidhu for the post of CM. In the last couple of weeks Mr Sidhu has been critical of the Channi-led government. In the next couple of days the Congress high command will announce its CM candidate. Insiders say that Mr Channi is amongst the frontrunners.