The party dropped co-operative affairs minister Mukut Bihari Verma, whose son Gaurav will be contesting from his Kaiserganj seat in Bahraich 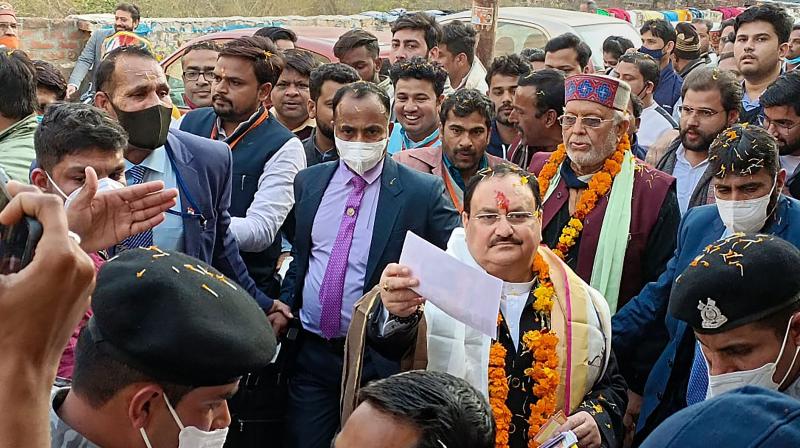 The party dropped co-operative affairs minister Mukut Bihari Verma, whose son Gaurav will be contesting from his Kaiserganj seat in Bahraich.

While Siddharth Nath Singh will contest from Allahabad West, Nand Gopal Gupta 'Nandi' will be in the fray from Allahabad South. Mr Shalabh Mani Tripathi has been fielded from Deoria.

Other than these, the party has fielded Nagendra Pratap Singh 'Chhote Sarkar' from Rampur Khas in Pratapgarh, who will contest against Congress Legislative Party leader Aradhana Misra. Mr Misra and UP Congress president Ajay Kumar Lallu are the only two MLAs who are still in the party which had won seven seats in the 2017 Assembly polls.

The BJP has given ticket to Sindhuja Mishra from Kunda, a constituency that frequently hits the headlines because of "bahubali" (muscleman) politician Raghuraj Pratap Singh, alias Raja Bhaiya.