It was done keeping in mind our party and its movement for making a capable Adivasi woman the president of the country, said Mayawati 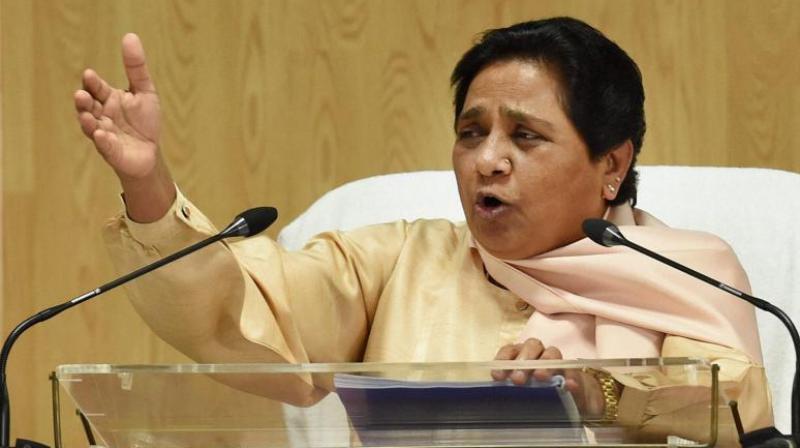 Lucknow: The BSP on Saturday extended its support to the BJP-led NDA's presidential candidate Droupadi Murmu, who is likely to be the first tribal leader and the second woman to occupy the post.

Murmu on Friday filed her nomination papers for the July 18 presidential election, with Prime Minister Narendra Modi handing over the set of papers to Returning Officer P C Mody.

"The BSP has decided to extend support to Droupadi Murmu in the coming presidential elections keeping in mind that the Adivasi samaj is an important part of the party's movement," BSP supremo Mayawati said here.

"This decision was taken not to support the BJP or NDA nor to go against the opposition UPA. It was done keeping in mind our party and its movement for making a capable and dedicated Adivasi woman the president of the country," she said.

"The Bengal chief minister by unilaterally and arbitrarily inviting only selected parties to the meeting of the opposition on June 15 and then Sharad Pawar (of NCP) not calling the BSP for a similar meeting on June 21 makes their casteist intentions clear," Mayawati alleged.

Since the opposition is continuing with its "casteist" mindset against the BSP, Mayawati said her party was independent to take its own decision on the presidential elections.

"In such a situation, the efforts of opposition unity the presidential and vice-president elections are not serious and people see it only as a pretence," she said.

Former Union minister Yashwant Sinha has been declared the joint candidate by many opposition parties, including the Congress, the TMC and the NCP.

Mayawati said, "The BSP is neither a follower of NDA nor of UPA or their constituents. It is also not a party that is a slave to big capitalists. The BSP is fearless in making decisions in the interests of the country, especially the poor, labourers, unemployed, Dalits, Adivasis, minorities and other marginalized sections."

"If any opposition party or its government takes proper decisions in the interest of these sections then our party supports it without any hesitation, pressure or fear... no matter how much loss we have to bear because of it," she stressed.

The BSP chief also accused the "casteist" parties of demeaning her party.

"Those with casteist mentality never leave any chance to demean the BSP or its leadership. The party in power at the Centre and in the state is constantly engaged in weakening the movement of our party by adopting all possible tactics.

"The Congress and the BJP do not have the slightest desire to implement the Constitution in the country as it was originally intended by Bhim Rao Ambedkar," she said.

The BSP has one member in the Uttar Pradesh legislative assembly and 10 MPs in the Lok Sabha from the state who are eligible to vote in the Presidential election.