Considering Naresh Patel has direct control over 45 seats in Gujarat, he is high on Congress's acquisition list 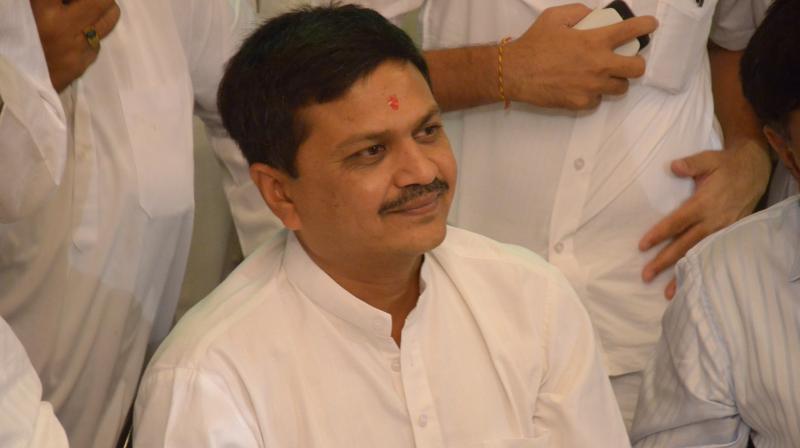 New Delhi: The Congress is once again finding it difficult to get fighting fit in Gujarat. The assembly elections in the poll-bound state are scheduled for later this year; the party is still struggling to acquire fresh talents. Patidar leader Naresh Patel is a case in point.

After the unceremonious exit of the Patidar leader and its working president, Hardik Patel, the party is wooing Mr Patel, who is a 'Leuva' Patidar (a sub-caste) and the current president of the Shri Khodaldham Trust. Considering Mr Patel has direct control over 45 seats in Gujarat, he is high on Congress's acquisition list.

According to party sources, the state Congress and AICC in-charge, Raghu Sharma, is in regular touch with Mr Patel. After a recent meeting, Gujarat Congress president, Jagdish Thakor said, "We met Mr Patel at his residence. The meeting lasted for around 15 minutes. We had tea and water at his place. We have invited Mr Patel to join Congress."

The proposal for Mr Patel to join the Congress is not new. Recently, poll strategist Prashant Kishor had also recommended to the Congress that, in view of the upcoming Gujarat assembly elections, Mr Patel should be inducted into the party.

Insiders claim that if Mr Patel decides to join the Congress, he will be given a good position in the party. He will also be a key figure in deciding the candidates in most of the seats in Saurashtra.

Some in the Congress even claim that if the deal between the influential Patidar leader and the party is not sealed soon, then it may be too late.

Mr Patel was scheduled to meet the Congress top brass a couple of days back. However, till now, there has been no development on that front.

Many consider Mr. Sharma to be a political lightweight for such delicate discussions, so senior state leaders are pushing for a senior AICC hand to participate in the talks.