Further criticising the Congress party, Prime Minister Modi said that they have not done anything to strengthen the armed forces. 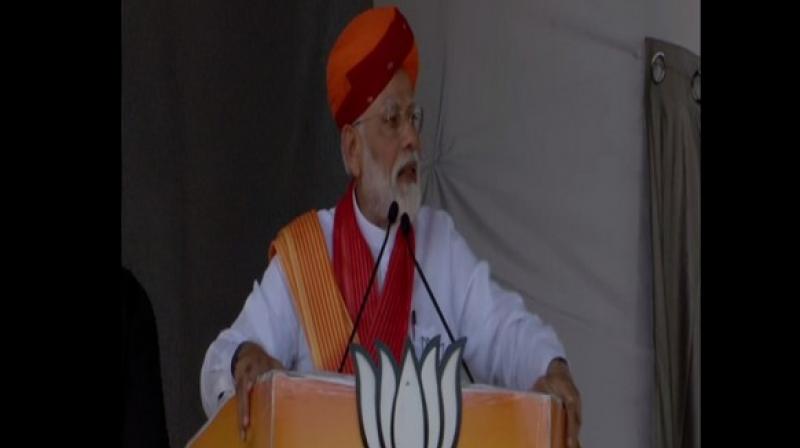 Prime Minister Narendra Modi on Sunday lashed out at the Congress party in a rally at Rajasthan. (Photo: ANI

Barmer: Prime Minister Narendra Modi on Sunday lashed out at the Congress party for missing a “golden opportunity” of solving Jammu and Kashmir issue by letting off 90,000 prisoners of war and the land of Pakistan due to “international pressure” during the 1971 war.

“There are a lot of soldiers from here who took part in the 1971 war. At that time, due to our soldiers’ bravery a big part of Pakistani land came in our possession. 90,000 Pakistani soldiers were also in our custody, but what did we do in Shimla? The then government squandered everything that our jawans had won due to international pressure. Imagine if Modi would have been there in 1971? They gave back their 90,000 soldiers and the land too,” Prime Minister Modi said while addressing an election rally here.

The Prime Minister went on to add: “If you look at today’s situation, without any war, India has destroyed the terror camps inside Pakistan. The whole world is with India today. This is what strong government is all about.”

Further criticising the Congress party, Prime Minister Modi said that they have not done anything to strengthen the armed forces.

“Even during its last tenure, the Congress party did nothing besides corruption. Even they did defence deals to earn money…Besides this, the last government also did a helicopter scam. Regarding the same, I have brought ‘Michel mama’ to India,” he said.