Women not safe in Bihar, criminals have crossed all limits: Rabri Devi

'The criminals protected and promoted by the 'demon government' of Bihar have crossed all limits of inhumanity,' Rabri said. 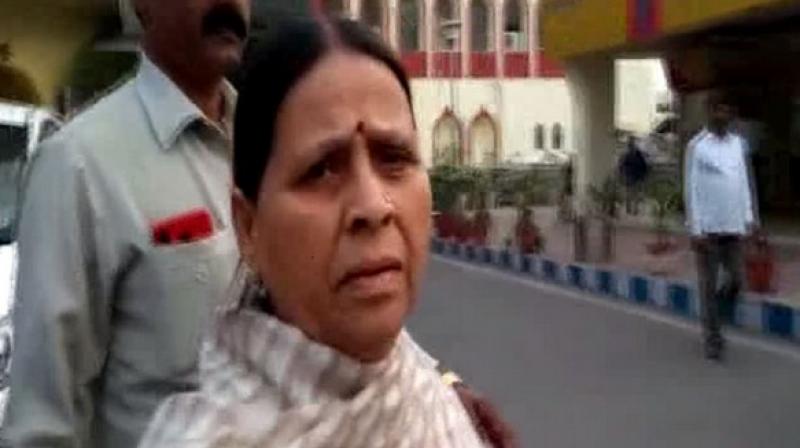 'In Bihar, there is no respect and protection for mothers, sisters and daughters. The government is a failure,' tweeted Rabri Devi. (Photo: File)

New Delhi: RJD leader and former chief minister of Bihar Rabri Devi slammed the "demonic" Nitish Kumar-led government alleging that women were not safe in Bihar and criminals under the patronage of government have crossed all limits.

"The criminals protected and promoted by the 'demon government' of Bihar have crossed all limits of inhumanity. One of the victims of the world famous Muzaffarpur shelter home rape scandal was again gang-raped in Bihar. In Bihar, there is no respect and protection for mothers, sisters and daughters. The government is a failure," tweeted Rabri Devi.

A former inmate of Muzaffarpur shelter home was allegedly gang-raped in a moving car in Bihar's Bettiah on Friday. Police have registered an FIR against four persons and are investigating the case.

Several girls were sexually assaulted at an NGO-run shelter home in Bihar's Muzaffarpur district and the issue had come to light following a report by Tata Institute of Social Sciences (TISS) which had conducted a social audit.

The case pertains to the alleged sexual abuse of 44 girls who used to reside in the state-run shelter home.

The Supreme Court on September 12 had directed the Bihar government to take steps to unite eight out of 44 girls, victims in Muzaffarpur shelter home sexual assault case, with their family members.

The Supreme Court was hearing an application filed by Bihar government seeking permission to complete the process of rehabilitation and restoration of 44 girls, who are presently residing in different shelter homes in the state.