It also suggests setting up of a high-level steering committee, which will be headed by the minister of state for atomic energy. 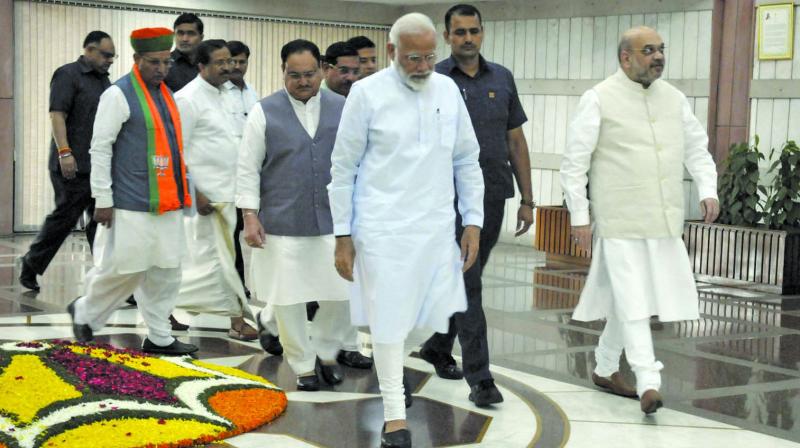 A parliamentary panel has urged the government to upgrade the infrastructure for cancer treatment and make it affordable by enlarging the network of a leading healthcare institute, as it expressed concern over nearly two-thirds of the patients dying in the country. (Photo: File)

New Delhi: A parliamentary panel has urged the government to upgrade the infrastructure for cancer treatment and make it affordable by enlarging the network of a leading healthcare institute, as it expressed concern over nearly two-thirds of the patients dying in the country.

The parliamentary standing committee on science and technology, environment, forest and climate change submitted its report on "an expanded role for the department of atomic energy in cancer treatment in India through an enlarged network of the Tata Memorial Centre (TMC) in Mumbai".

The report was submitted by the panel members, including chairman Jairam Ramesh, to Rajya Sabha Chairman M Venkaiah Naidu on Monday, the upper house secretariat said in a statement.

The panel has recommended to set up a hub and spoke model under the Tata Memorial Centre, which is the leader in cancer treatment and is supported by the Department of Atomic Energy.

It (committee) recommended wider adoption of 'Hub and Spoke' model proposed by Tata Memorial Centre (TMC) across the country," the statement said.

"TMC has proposed that common and less complex cancer care facilities should be provided close to patients' homes (spoke) to create minimum disruption in their lives and that of their families."

As per the report, the treatment of uncommon cancers and those with complex treatment protocols can be provided by the expert centres of excellence (hubs).

Expressing concern over 68 per cent of cancer patients dying in the country, the committee has strongly urged the government to expand and upgrade cancer-treatment infrastructure for affordable and quality care by enlarging the network of the Tata Memorial Centre, the panel said in the report.

It also suggests setting up of a high-level steering committee, which will be headed by the minister of state for atomic energy. It will also include chief secretaries of all the states and administrators of Union territories, as well as director of the TMC as members to work out modalities for rolling out of hub and spoke model in a time-bound manner.

After presenting the report to Naidu, Ramesh explained that the parliamentary committee took up the cancer care issue since the Department of Atomic Energy is in the jurisdiction of the committee, besides the environmental aspect of incidence of cancer, the secretariat said.

Naidu complimented the committee for submitting the report and said he would ask the ministers concerned to have the recommendations of the committee examined for necessary action.