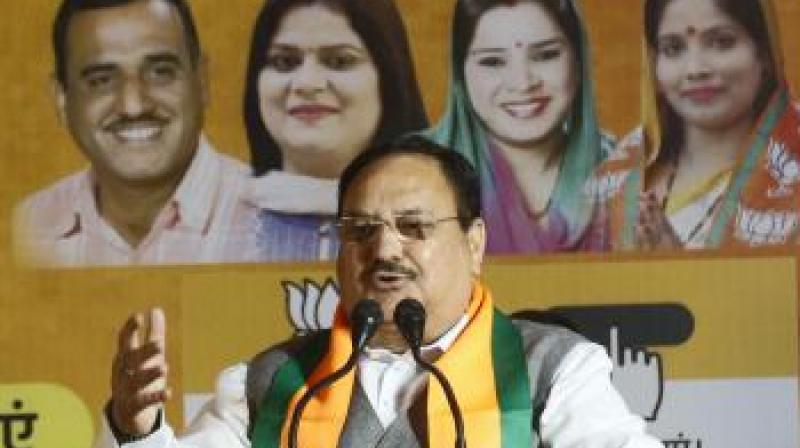 NEW DELHI: A day after the electoral defeat in Himachal Pradesh, BJP president J.P. Nadda, speaking at an event on Friday, said, "Indiscipline in the party ranks will be handled". Factional rifts within the party had surfaced in the run-up to the Assembly elections in the hill state.

Many influential and senior BJP leaders in the state were reportedly working against each other.

The rebel candidates also damaged the party severely in the state. Nearly 21 BJP rebels contested in the recently concluded elections for the 68 Assembly constituencies. Though only two of them won, the rebels dented the party's prospects in almost all the seats they contested.

Talking about the growing ambition of the BJP leaders, the party president said, "The party is growing in size. Ambition is also growing. Some people want to run for office and therefore they cross the party line and eventually the party suffers."

Talking tough on the indiscipline and infighting, the BJP chief said, "We will find a solution."

Meanwhile, upset over the loss in the Himachal Pradesh Assembly elections, the BJP supporters have begun trolling some influential state leaders on social media. Many are complaining about the factionalism, which they claim was evident during campaigning, but the party leadership failed to take any action to sort it out. Some are also highlighting the failure of the leadership to rein in the rebels and assuage the angst among the cadre over ticket distribution.