RJD facing challenges from alliance partners ahead of Bihar polls 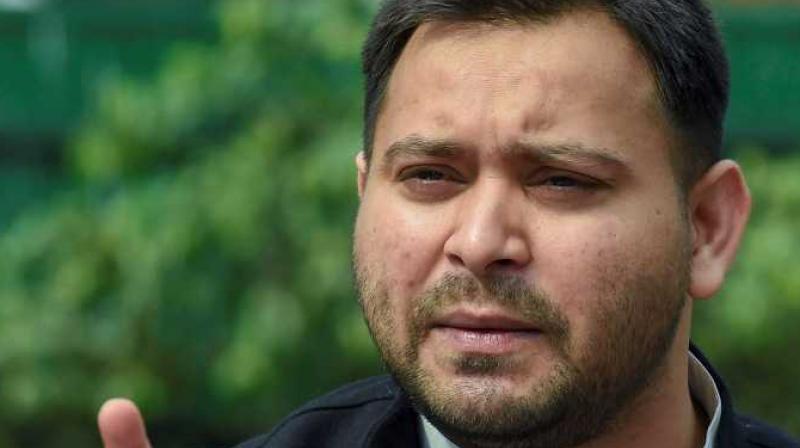 The RJD is facing challenges from its allies in Bihar ahead of assembly polls likely to be held by the end of this year.

Sources said that these parties are not in favour of Tejashwi Yadav leading the grand alliance in the absence of RJD Chief Lalu Yadav who is serving a jail term in connection with the fodder scam case.

Talking to this newspaper on Saturday a leader aware of the meeting said, “The goal of the grand alliance is to defeat the NDA in 2020 elections. Seat adjustments and leadership is the key issue in the grand alliance and our leaders have been discussing it during every meeting. There will be many more meetings before the election is announced but one thing is clear that senior leaders like Jitan Ram Manjhi and Upendra Kushwaha are not ready to compromise on these two issues”.

The congress which is part of the grand alliance in Bihar has also been raising similar issues during its meetings. In a closed-door meeting held earlier to discuss these issues, congress leaders said that “the matter will be resolved unanimously soon”.

In 2015 Bihar assembly election the JD(U)-RJD had contested 101 seats each while the Congress was given 41 out of 243 seats. RJD had emerged as a single largest party with 80 seats in 2015 assembly elections while JD(U) was second with 71 and Congress 27 seats.

Jitan Ram Manjhi’s party HAM which had contested as part of the NDA managed to win just one seat out 21 seats it had contested in the assembly elections.

The alliance, however, did not last long as Chief Minister Nitish Kumar dumped the grand alliance and formed a government with BJP in July 2017 on grounds that his Deputy Tejashwi Yadav’s name figured in the FIR registered by CBI in connection with Benami land deals.

In the current scenario when the JD(U) is out of the alliance, the congress and other smaller partners want “respectable seat adjustments”.

HAM Chief Jitan Ram Manjhi has also been urging the RJD leadership to form a coordination committee to resolve the seat-sharing and leadership crisis in the grand alliance.

On many occasions, earlier opposition leaders in Bihar hinted that Tejashwi Yadav lacks confidence and may not pose a threat to the NDA during elections in Bihar.

Meanwhile, the RJD on Saturday clarified that the party was not in a mood to compromise on issues being raised by its allies.

According to RJD spokesperson Mrityunjay Tiwary, “political parties should analyze their strength before demanding more seats. They must realize that the RJD is the largest party in the grand alliance and as far as leadership issue is concerned our party has already declared Tejashwi Yadav as the face”.