India   Politics  06 May 2021  Two members of Indian delegation in London test +ve for Corona ahead of G-7 summit
India, Politics 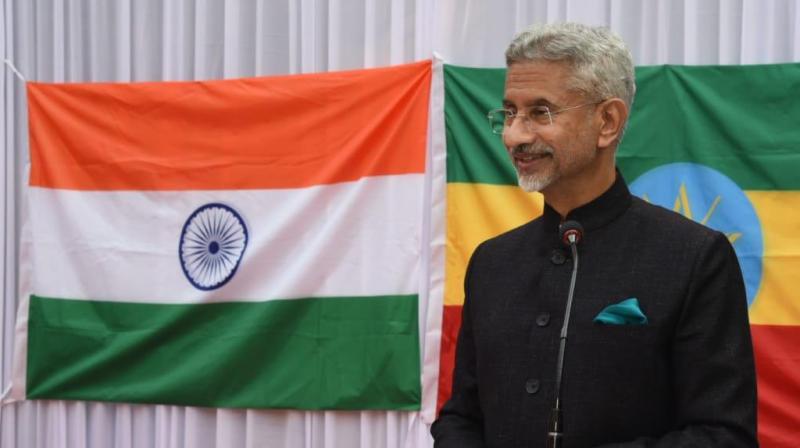 Another worry is that Jaishankar had met both US Secretary of State Antony J. Blinken and British Home Secretary Priti Patel in-person in London in the past two days. — By arrangement

New Delhi:  In a major embarrassment to India, two members of the official Indian delegation in London ahead of the G-7 meeting reportedly tested Covid positive on Wednesday, according to international media reports that quoted a British Government official.

Soon after the news broke thereafter, external affairs minister (EAM) S. Jaishankar tweeted that he had been informed on Tuesday evening about “exposure to possible Covid positive cases” and that he would now attend the G-7 meeting in Virtual mode out of “abundant caution and also out of consideration for others.”

British media reports also said the entire delegation was in isolation and that Jaishankar had tested negative.

But interestingly, sources said all members of the Indian delegation had tested negative before their departure from New Delhi. This would then mean that two of these Indian delegation-members in that case seem to have tested positive in London after testing negative initially in New Delhi.

Another worry is that Jaishankar had met both US Secretary of State Antony J. Blinken and British Home Secretary Priti Patel in-person in London in the past two days raising questions now on whether they need to be in precautionary self-isolation as well.

“Two delegates (of the Indian delegation) tested positive so the entire (Indian) delegation is now self isolating. The (G-7) meeting had been enabled by a strict set of Covid protocols, including daily testing of all delegates,” a British official was quoted as saying in media reports. EAM Jaishankar tweeted, “Was made aware yesterday evening of exposure to possible Covid positive cases. As a measure of abundant caution and also out of consideration for others, I decided to conduct my engagements in the virtual mode. That will be the case with the G7 Meeting today as well.”