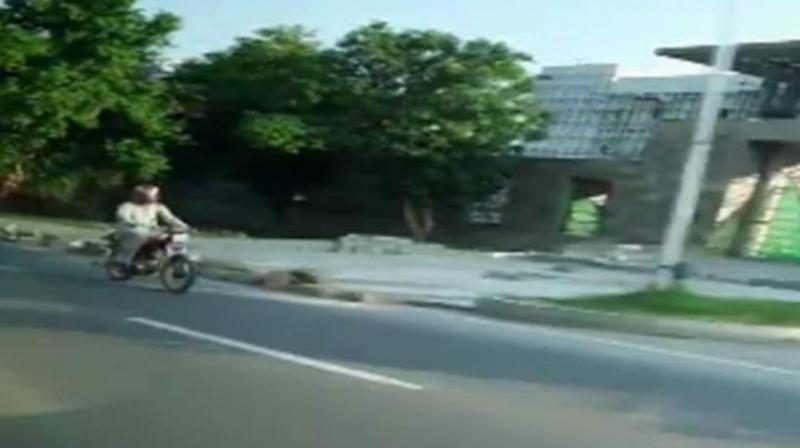 Just days after two Pakistani officials of the Pakistan High Commission in Delhi were caught for espionage and asked by India to leave the country after being declared persona non grata, the vehicle of India’s Charge d’ Affaires Gaurav Ahluwalia was chased in the Pakistani Capital Islamabad by a motorcycle-borne person suspected to belong to Pakistan’s notorious spy-agency ISI, Indian Government sources confirmed late on Thursday evening.

#WATCH Islamabad: Vehicle of India's Chargé d'affaires Gaurav Ahluwalia was chased by a Pakistan's Inter-Services Intelligence (ISI) member. ISI has stationed multiple persons in cars and bikes outside his residence to harass and intimidate him. pic.twitter.com/TVchxF8Exz

India is expected to lodge a protest soon with Pakistan through diplomatic channels. Government sources said New Delhi is taking up the matter with Islamabad of harassment of Indian diplomats in Islamabad. Mr. Ahluwalia is the top Indian diplomat currently posted in Islamabad.

Government sources said, “The matter of harrassment of Indian personnel and obstruction in discharge of their normal functioning is being taken up through established diplomatic channels.”

Rejecting the claims of Pakistan that two of its High Commission (HC) officials in Delhi had not carried out any espionage, Indian Government sources had earlier this week said the two Pakistani officials had been caught “red-handed” but had not been subjected to any “torture” as alleged by Pakistan. Sources had said Pakistan appeared to be making the “false” allegation that its two officials had been tortured in order to create grounds for torture of Indian embassy officials in Islamabad.

India had on Sunday summoned the Pakistani Cd’A in Delhi and had issued a “demarche in which a strong protest was lodged with regard to the activities of these (two) officials of the High Commission of Pakistan against India’s national security”. New Delhi had asked the two concerned Pakistan HC officials to leave the country within a day and had declared them persona non grata. Pakistan had denied the allegations. Speculation continues to be rife that Islamabad may soon take retaliatory action to expel Indian diplomats. New Delhi appears to be bracing for retaliation.