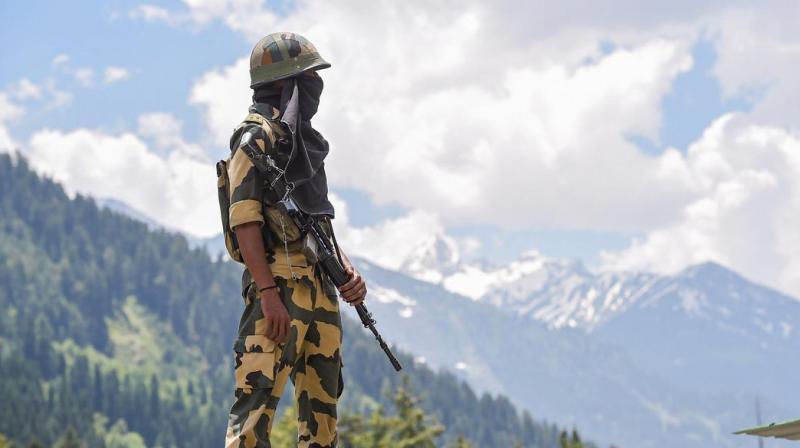 The shelters were installed in locations near Tashigong, Manza, Hot Springs and Churup among others, in reflection of simmering tensions between the two sides in the region, (Representational image : PTI)

New Delhi: China has put in place new modular container-based accommodations for its troops in several high-altitude forward areas on its side of the Line of Actual Control (LAC) in eastern Ladakh in response to Indian deployment in the region, people familiar with the developments said on Monday.

The shelters were installed in locations near Tashigong, Manza, Hot Springs and Churup among others, in reflection of simmering tensions between the two sides in the region, they said.

The people cited above said China's People Liberation Army has been feeling the heat of the Indian response to its "misadventure" in the region last year and that the Chinese military has been forced to go for long deployments and boost infrastructure in the region.

They said the Indian response to the Chinese actions last year, particularly after the Galwan Valley clashes, surprised the neighbouring country and that it deployed troops in areas where it never used to earlier.

"Our strategy is hurting them. They are reacting to our response. We have forced PLA to go for forward deployment and boost infrastructure," said one of the people.

They said the new deployments are appearing to be affecting the morale of the Chinese troops as they were not used to operate in such difficult terrain.

The new container-based accommodations were built in addition to the additional military camps that the Chinese military had set up following the escalation in tension between the two sides last year.

The people said India is also ramping up construction of tunnels, bridges roads and other critical infrastructure in eastern Ladakh and other areas along the nearly 3,500-km LAC.

They said China is also significantly enhancing its airbases and air defence units near the LAC in eastern Ladakh.

The border standoff between the Indian and Chinese militaries erupted on May 5 last year following a violent clash in the Pangong lake area and both sides gradually enhanced their deployment by rushing in tens of thousands of soldiers as well as heavy weaponry.

The border row escalated after the Galwan Valley clashes on June 15 last year.

Twenty Indian Army personnel laid down their lives in the clashes that marked the most serious military conflicts between the two sides in decades.

In February, China officially acknowledged that five Chinese military officers and soldiers were killed in the clashes with the Indian Army though it is widely believed that the death toll was higher. As a result of a series of military and diplomatic talks, the two sides completed the disengagement process in Gogra area last month.

In February, the two sides completed the withdrawal of troops and weapons from the north and south banks of the Pangong lake in line with an agreement on disengagement.