The PM also emphasised the need for coordination between the three wings of the state – the legislature, executive and judiciary 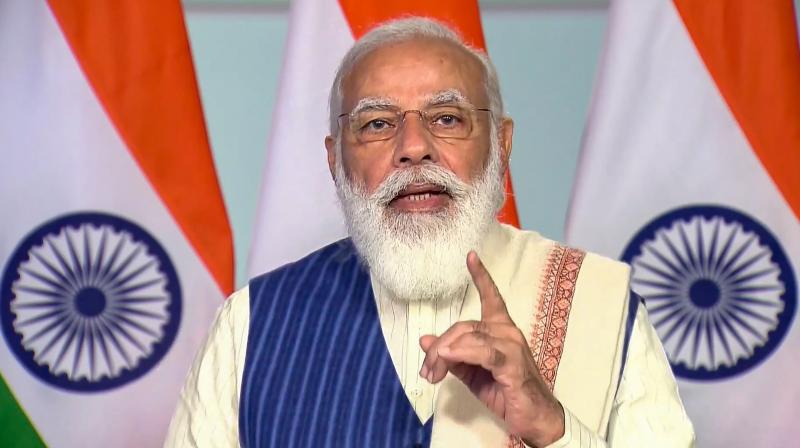 New Delhi: Prime Minister Narendra Modi on Thursday pitched for his oft-repeated concept of “One Nation, One Election”, saying it wasn’t just a matter of debate, but what the country needed. He also suggested that the Election Commission prepare a single voters’ list for all elections — Lok Sabha, Assembly and panchayats, saying separate lists were a “waste of resources”.

“One nation, one election isn’t just a matter of debate, this is the need for India. Elections are held at different places every few months. The effect it has on development work is known to all,” Mr Modi said in a virtual address at the 80th All-India Presiding Officers Conference.

He said a single voters’ list was desirable. “Only one voters’ list should be used for the Lok Sabha, Vidhan Sabha and other elections. Why are we wasting time and money on these lists?” he said.

Speaking on the 71st anniversary of the adoption of the Constitution on November 26, 1949, the Prime Minister emphasised on the need for coordination between the legislature, executive and judiciary.

“Our Constitution has many features, but a special feature is the importance given to duties. Mahatma Gandhi was very keen on this. He saw a close link between rights and duties. He felt once we perform our duties, rights will automatically be safeguarded.”

On the 12th anniversary of the 26/11 Mumbai attacks, the PM paid homage to the victims, and said India was fighting terrorism with a new policy and a new process. On November 26, 2008, 10 Lashkar-e-Tayyaba terrorists from Pakistan killed 166 people, including 18 security personnel, in a 60-hour siege.

“Many people died in that terror attack, and people of many nationalities were the victims. I pay my homage to all. I bow down to the security personnel who lost their lives in the attack.”

The PM also emphasised the need for coordination between the three wings of the state – the legislature, executive and judiciary -- and said everything from these institutions’ role to decorum was spelt out in the Constitution.