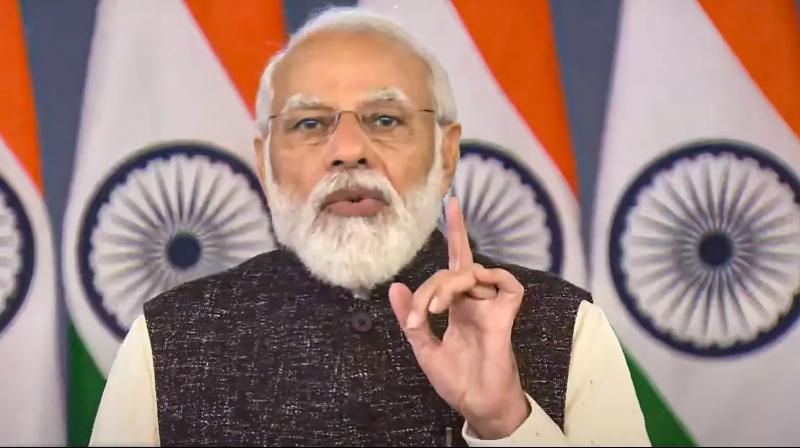 New Delhi: Prime Minister Narendra Modi will host the first meeting of the India-Central Asia Summit, with the participation of the Presidents of Kazakhstan, Kyrgyz Republic, Tajikistan, Turkmenistan and Uzbekistan, in a virtual format on Thursday evening, with the leaders expected to discuss “the evolving regional security situation”, especially with regard to Afghanistan, as well as trade and connectivity initiatives through the sea-land route via Iran besides the development partnership between India and the Central Asian region. India has strategic ties with four of these five nations and warm cordial ties with all five Republics. Cultural and people to people ties are also an important part of the ties.

The Summit — the first engagement of its kind between India and the Central Asian countries at the level of the top leadership — is taking place in virtual format due to the pandemic. The Presidents of these five Central Asian countries had earlier been invited by New Delhi to be chief guests at the Republic Day Parade on Wednesday though there had been no official announcement or confirmation of this but these plans were dropped in view of the raging third wave of the pandemic in India.

The five Central Asian nations have been key to India’s connectivity and trade initiatives through the sea-land route via Iran. The strategic importance of this energy-rich region has also increased for New Delhi, particularly after the fall of Afghanistan to the Pakistan-backed Taliban in August last year. The recent violence and turbulence in one of these nations — Kazakhstan — has also been closely monitored by New Delhi.  All five Central Asian nations have a secular character and are wary of instability, particularly after the events in Afghanistan last year. All five nations also have close ties with India’s time-tested friend and decades-long strategic partner Russia.

So far as Kazakhstan is concerned, India is a strategic partner and India has the highest trade with it in the region pegged at $1.9 billion in 2020-21, mainly comprising oil. In a unique experiment in UN peacekeeping, Kazakh troops are participating as part of an Indian battalion and the two nations hold a regular bilateral joint military exercise. There is an 8,000 strong Indian community there, including 5000 medical students.

With the Kyrgyz Republic, India is again a strategic partner. So far, five telemedicine centres have been established by India there. India has extended a $200 million Line of Credit (LoC) in 2019. There is a joint collaboration between the two nations in high altitude research — the Kyrgyz India Mountain Biomedical Research Centre. India had earlier given a Bhabhatron (radiation therapy machine for cancer treatment) to the Kyrgyz Republic. Both nations have an annual joint military exercise Khanjar. India has a strong Indian student community there at over 15,000.

With Tajikistan, India is once again a strategic partner. There is a strong cooperation in defence, including India-Tajik Friendship hospital. Both nations have a “very similar position on Afghanistan”, observers point out.

With Uzbekistan, India is again a strategic partner. There is understood to be “good cooperation” between the Andijan region there and Gujarat, according to observers. The bilateral trade between the two nations is about $300 million. Both countries have a trilateral Working Group with Iran on the Iranian port of Chabahar that is India’s gateway to Central Asia. India has extended a Line of Credit (LoC) of $1 billion extended in 2018, with four projects worth US$ 450 million approved. Projects under High Impact Community Development are under implementation there with Indian assistance. Some of the prominent private universities in India have set up campuses in Uzbekistan. Prominent Indian hospital chains have also set up medical units and centres there. A private Indian company has invested $50 million worth investment there in setting up a pharmaceutical plant. An Entrepreneurship Development Centre was set up by India there in 2019.

In Turkmenistan, the first Yoga and Traditional Medicine centre in Central Asia was set up in Ashgabat in 2015. Besides, India had established an IT Centre in 2011 and an Industrial Training Centre in 2002.

Pointing out that PM Modi had paid a historic visit to all Central Asian countries in 2015, India had recently said that “the inception of the India-Central Asia Dialogue at foreign ministers’ level, the third meeting of which was held in New Delhi from December 18-20 last year, has provided an impetus to India-Central Asia relations”. The participation of the secretaries of National Security Councils of Central Asian countries in the Regional Security Dialogue on Afghanistan held in New Delhi on November 10 last year outlined a common regional approach on Afghanistan.