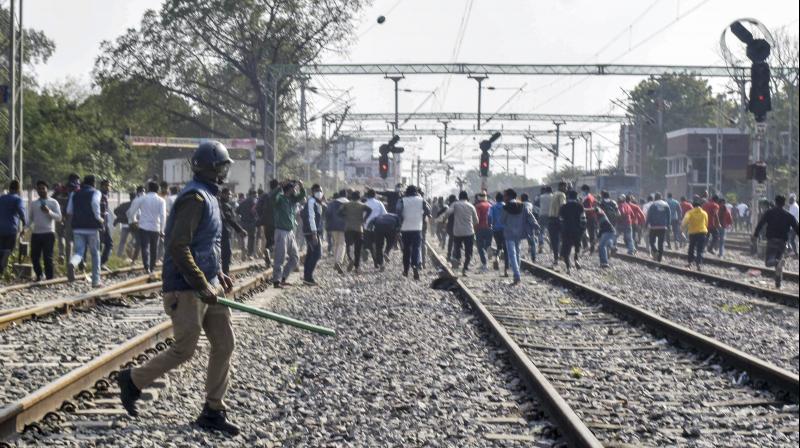 New Delhi: Railways has decided to suspend its NTPC and Level 1 tests after violent protests by job aspirants over the selection process of its recruitment exams, a spokesperson for the national transporter said on Wednesday.

It has also formed a committee which will examine the grievances of those who have passed the exams under different railway recruitment boards (RRBs) and those who have failed.

After listening to both the parties, the committee will submit a report to the railway ministry, he said.

On Tuesday, the railways had issued a general notice, warning its job aspirants that those found involved in vandalism and unlawful activities while protesting will be barred from ever getting recruited in the railways. This came a day after protesters squatted on railway tracks in several places in Bihar.