Vijay Kumar Mishra, an Ati Vishisth Seva Medal awardee and a second- generation Army officer, is an alumnus of the Indian Military Academy 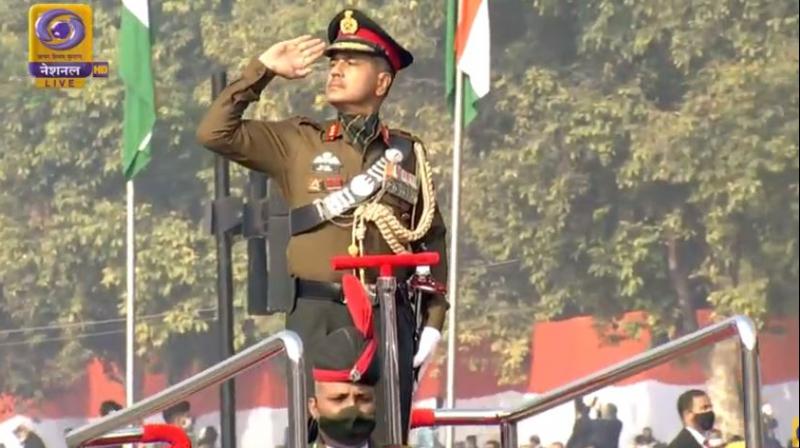 Vijay Kumar Mishra, an Ati Vishisth Seva Medal awardee and a second- generation Army officer, is an alumnus of the Indian Military Academy and was commissioned into the 17th Battalion the Jammu and Kashmir Rifles in December 1985. He is a graduate of the Defence Services Staff College, Wellington, and has attended the Higher Command Course at the Army War College, Mhow as well as the prestigious National Defence College at New Delhi.

The General Officer has a very rich and varied operational experience spanning over more than three decades, be it serving on the Line of Control in Jammu and Kashmir, where he was also wounded in operations, or the challenging, counter insurgency operations at various levels, including tenures with Rashtriya Rifles in South Kashmir or in Tripura with Assam Rifles.

Major General Alok Kacker is an alumnus of the National Defence Academy, Khadakvasla and the Indian Military Academy, Dehradun, He was commissioned in the 2nd Battalion of the 9th Gorkha Rifles in December 1985. A second generation Officer, he commanded the Battalion in Counter Insurgency area in North East.

The officer commanded the brigade in the Western Theatre and has rich experience of serving in Kargil, Jammu and Kashmir and the northeast. For his distinguished service, the officer has been awarded the Chief of Integrated Defence Staff and General Officer Commanding -in-Chief Army Training Command.