India   All India  25 May 2019  Seer who vowed to die if Digvijay Singh loses vanishes
India, All India

Seer who vowed to die if Digvijay Singh loses vanishes

Singh was defeated by his nearest BJP rival Pragya Singh Thakur by a margin of over 3.64 lakh votes. 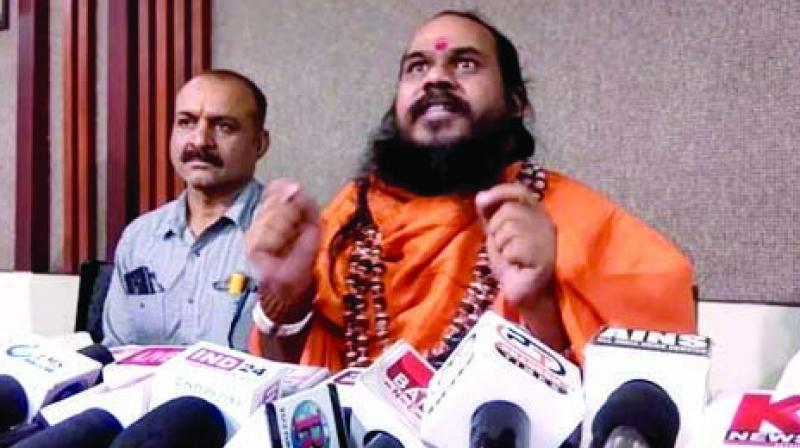 Bhopal: Hindu seer who had vowed to take “live samadhi” (burial) if Congress candidate for Bhopal Lok Sabha seat Digvijay Singh lost the polls, has remained incommunicado after the latter bit the dust in the elections.

Mahamandaleswar Swamy Bairagyanand, a member of Panchayati Niranjani Akhra (followers of Shiva and Vishnu), has literally gone “underground” after the results of Bhopal elections were declared late on Thursday night. Mr Singh was defeated by his nearest BJP rival Pragya Singh Thakur by a margin of over 3.64 lakh votes.

A purported audio in which he was heard saying that it was not binding on him to execute his vow, on Friday, went viral in social media, creating a flutter in political circle here. The seer had declared at a news conference here that he would conduct an unique ‘havan’  (ritual burning of offerings) for a week till the day of polling in Bhopal, held on May 12, by offering five kg of red chili every day to the sacred fire to ensure that Mr Singh vanquished his rival in the polls.

“I could clearly visualize Mr Singh’s victory in the elections. I will take live ‘samadhi’, if Mr Singh lost the polls”, he had thundered.