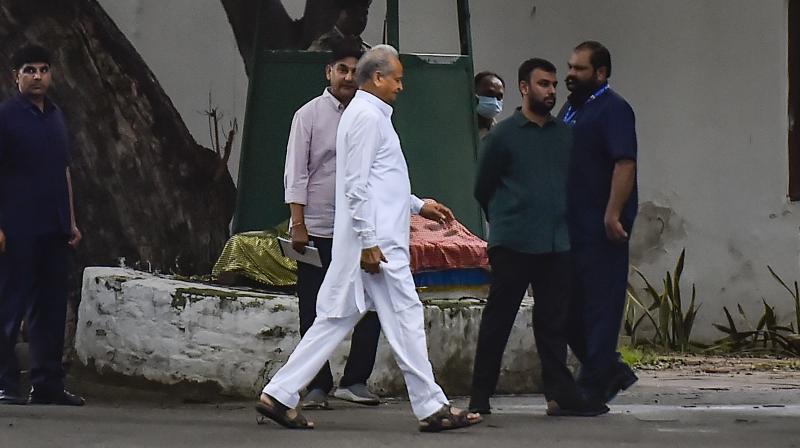 New Delhi: Indicating that he would like to continue as Rajasthan chief minister even if he becomes Congress president, Mr Ashok Gehlot on Wednesday said “if a minister in a state stands for the Congress president’s election, that person can remain as a minister and also contest the polls”. Waiting in the wings to take over from Mr Gehlot, former Rajasthan deputy CM Sachin Pilot joined the Bharat Jodo Yatra in Kerala on Wednesday and walked along with senior leader Rahul Gandhi. Mr Gehlot further added: “The party and the high command have given me everything. I have been in posts for 40-50 years. For me, no post is important, I will fulfil any responsibility given to me.”

Mr Gehlot on Wednesday met Congress president Sonia Gandhi to discuss the contours of the presidential elections in the party and his position with regard to the political situation in Rajasthan. He is expected to reach Kochi on Thursday and make a last-ditch effort to convince Rahul Gandhi to take over the reins of the party. He has been very vocal that Mr Gandhi should take over as the party chief once again. The Rajasthan Congress was the first to pass a resolution demanding that Mr Gandhi be made president, after which several other state units followed suit.

Meanwhile, a senior party leader said that Mrs Sonia Gandhi had clearly indicated that the election and the process will be neutral. He further added that the high command will not endorse any candidate. Earlier, AICC communications in-charge Jairam Ramesh had said: “Anybody who wants to contest is free and welcome to do so. This has been the consistent position of the Congress president and Shri Rahul Gandhi. This is an open, democratic and transparent process. Nobody needs anybody’s nod to contest.”

Former Madhya Pradesh chief minister Digvijaya Singh bowled a googly on Wednesday by claiming that he should not be ruled out for the presidential election. Some reports indicate even Karnataka PCC president D.K. Shivakumar may also contest.
Interestingly, if Mr Rahul Gandhi does not contest, then many leaders may be in the electoral fray. Mr Rahul Gandhi will be in New Delhi on Friday, September 23, taking a break from the Bharat Jodo Yatra, but when asked he will be filing his nomination, a party spokesman noted that the filing of nominations will start from September 24, when Mr Gandhi will not be present.