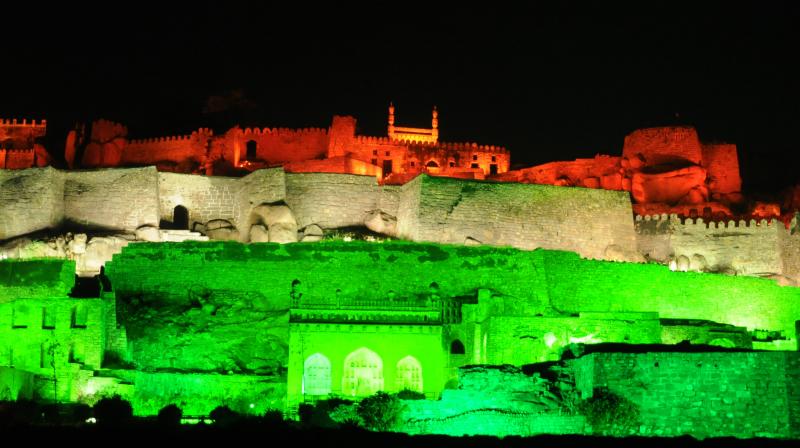 New Delhi: The Archaeological Survey of India (ASI) has lit up 100 of its heritage monuments in colours of the national flag to mark the 100-crore COVID-19 vaccination milestone achieved by the country, the Ministry of Culture said on Thursday.

"To express gratitude towards corona warriors -- vaccinators, sanitation staff, paramedics, auxiliary workers, police personnel -- who have worked beyond their call of duty to help the country face the pandemic effectively and for their selfless service to the humankind, the 100 monuments will remain lit in tricolour on the night of October 21 as India achieved the landmark 100-crore vaccination mark," the ministry said in a statement.

The officials said it is a part of activities being organised to celebrate the landmark achievement across the country.

In a tweet, Union Health Minister Mansukh Mandaviya congratulated the country on achieving the feat, and said it was the result of the able leadership of Prime Minister Narendra Modi.

According to official sources, around 75 per cent of India's all eligible adult population has been administered at least the first dose and around 31 per cent has received both the doses of the vaccine.