Reports of the odour started to emerge after 10 pm from areas like Chembur, Mankhurd, Govandi, Chandivali, Powai, Ghatkopar and Andheri. 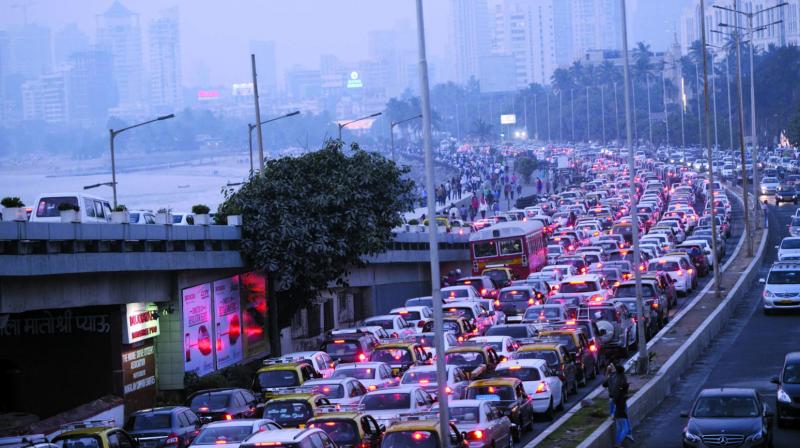 After recieving compalints from the residents, Mahanagar Gas Limited said that an emergency team was sent on ground to inspect the situation but they no breach in their pipeline system was found. (Photo: Representational)

Mumbai: An unknown odour enveloped the Mumbai's western and eastern suburbs late on Thursday night, leading to rumours of a gas leak at the Rashtriya Chemical Fertiliser's plant in the Chembur suburb.

However, clearing the air, the governing civic body of Mumbai, Brihanmumbai Municipal Corporation (BMC) said that there was no leakage at the fertilizer plant.

Reports of the odour started to emerge after 10 pm from areas like Chembur, Mankhurd, Govandi, Chandivali, Powai, Ghatkopar and Andheri.

No case of injury was reported in the city, police said.

After recieving compalints from the residents, Mahanagar Gas Limited said that an emergency team was sent on ground to inspect the situation but they no breach in their pipeline system was found.

Since late evening, MGL has been receiving complaints of gas smell from various parts of Mumbai. Our emergency teams spread out to sites from where complaints were received. So far, we have not come across any breach in our pipeline system which could result in leakage of gas.

BMC had dispatched nine fire engines across Mumbai to locate the source of the odour.

On its helpline number -- 1916 -- BMC received a total of 29 complaints, NDTV reported. Later, the intensity of smell considerably reduced.

We have recieved complaints from citizens about odour of some unknown gas in eastern and western suburbs. MCGM has mobilized all concerned agencies. 9 fire engines have been mobilized at various places to find out source of leakage. For any queries, please call 1916 #MCGMUpdates

But whole mumbai is complaining for it...
And MGL denied it that no leakage of gas anywhere in Mumbai