Danish Ali alleged that there was 'lathi-charge' on the students and it was condemnable. 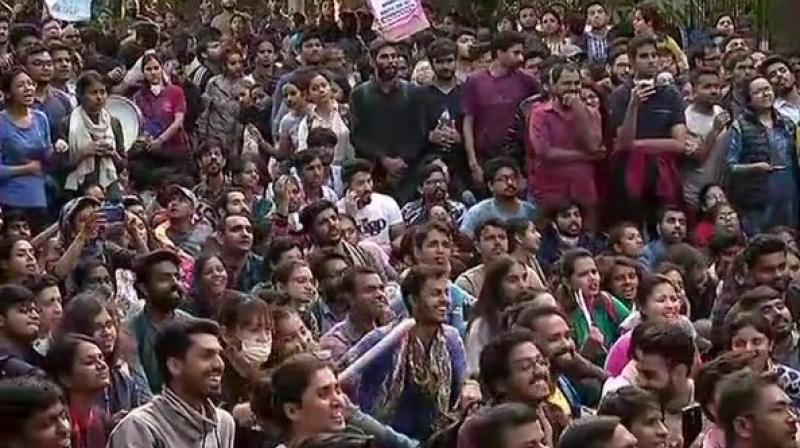 Around 100 students were detained for allegedly 'showing aggressive defiance' to the directions of the police during their protest. (Photo: ANI)

Seeking to raise the issue during Zero Hour in the Lok Sabha, Ali alleged that there was "lathi-charge" on the students and it was condemnable. "There should be a high-level probe into the issue," he said.

Speaker Om Birla said that the member was not speaking on the issue submitted in his notice and asked him to stick the subject which he had mentioned.

Prathapan also demanded "high-level" probe into "police action" and said the Opposition stand with the students.

The police has denied using force against the students who took out a march to Parliament on Monday over their demands which include a rollback in hostel fee hike.

Around 100 students were detained for allegedly "showing aggressive defiance" to the directions of the police during their protest.