The maps, reportedly, included Kalapani -- an area located on the western edge of Nepal. 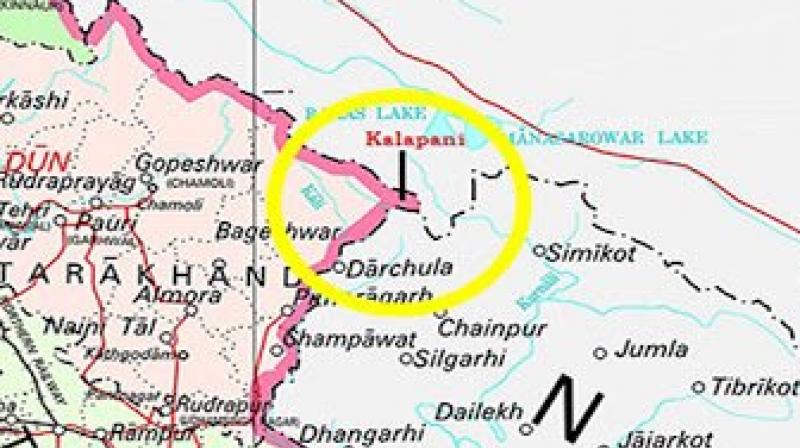 Three days ago in an all-party meeting called by Oli, participants including former prime ministers and ex-foreign ministers, asked him to take up the issue with India immediately. (Photo: Twitter)

New Delhi: Nepal Prime Minister (PM) KP Oli on Sunday said that Kalapani area at the tri-junction of Nepal, India, and Tibet belonged to Nepal and that India should withdraw its force from there.

According to an Indian Express report, this was Oli's first public response with regards to the controversy triggered by the recent revision of maps released by India.

The maps, reportedly, included Kalapani an area located on the western edge of Nepal.

While there was no official response from Delhi, sources say that the maps depicted India's sovereign territory accurately and that there was no revision in the boundary with Nepal.

Oli was addressing a meeting organised by Nepal Yuva Sangam, the youth wing of the ruling Nepal Communist Party.

Overruling all other options Oli said that Nepal will follow dialogue once Indian forces withdraw from its land.

“We will not allow even an inch of our territory to be occupied by any country, India must vacate it,” he said.

Nepal has been witnessing protests both from the ruling and the opposition parties soon after the revised maps of India were released.

Three days ago in an all-party meeting called by Oli, participants including former prime ministers and ex-foreign ministers, asked him to take up the issue with India immediately.

In a statement on November 6, the Nepal Foreign Ministry asserted that the Nepal government is clear that the Kalapani area lies within Nepalese territory.

In a reaction on November 7, the Indian Ministry of External Affairs said, “Our map accurately depicts the sovereign territory of India. The new map has in no manner revised our boundary with Nepal… The boundary delineation exercise with Nepal is ongoing under the existing mechanism. We reiterate our commitment to finding a solution through dialogue in the spirit of our close and friendly bilateral relations.”

The statement added that India and Nepal should guard against vested interests trying to create differences between the two.