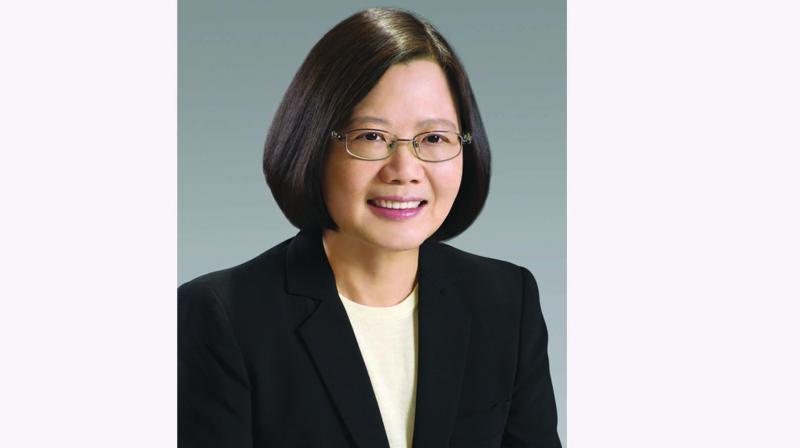 Taipei: Relations between Taiwan and the Chinese mainland remain rocky in the run-up to Taiwan’s elections in January, with Taiwan’s “assertive lady president” Tsai Ing-wen set to challenge Beijing by pressing for Taiwan’s participation in various world bodies affiliated to the United Nations. In order to break out of its perceived international isolation due to the One China policy followed by most countries including India, Taiwan — under her stewardship — has embarked on an ambitious New Southbound Policy since 2016 that focuses on boosting trade ties with 18 nations that include the 10 Asean (southeast Asian) nations and six south Asian nations including India, besides Australia and New Zealand.

The next show of strength from Taiwan is expected to take place soon in the Spanish Capital Madrid which will play host to the UN Framework Convention on Climate Change (UNFCCC) Conference of Parties (COP) from December 2 to December 13. “Although not a signatory party to the convention, Taiwan will still send a delegation to the Madrid Summit,” Taiwan announced recently. Taiwan’s “environmental protection administration minister” Chang Tzi-chin said, “As a result of the current political situation, Taiwan has been barred from participating in the UNFCCC whose 25th session of the COP will be held in December. Nevertheless we continue to pursue means of making contributions to the international community.”

But this is not the only occasion. In September this year, Taiwan had strongly pushed for its participation in the International Civil Aviation Organisation (ICAO). The Chinese Government has blocked Taiwan’s participation, referring to the One-China Principle and arguing that only sovereign nations can participate in activities of UN-affiliated agencies. Taiwan had also in May this year accused the Chinese government of using its political clout to force the UN not to invite it (Taiwan) to the forthcoming session of the World Health Assembly (WHA), the decision-making body of the UN’s World Health Organisation (WHO), in Geneva, Switzerland.

Cross-straits ties, the term used to describe the complex relationship between the Chinese mainland and Taiwan, has mostly been frosty, if not downright hostile through the decades. Exactly 70 years ago, the then Kuomintang (KMT) chief Gen. Chiang Kai-shek had retreated to the island of Taiwan off the coast of mainland China after losing the civil war to chairman Mao Tse-Tung’s communists. Taiwan somehow managed to survive as a de-facto separate entity due to the United States which has extended enormous support to it through the decades.

Just four years ago, the cross-straits ties appeared headed for better times. In November 2015, Taiwan’s then “president” Ma Ying-jeou — who belonged to the KMT — held a famous meeting with Chinese President Xi Jinping in Singapore, the first cross-straits meeting at the highest level since the end of the Chinese civil war in 1949. But the defeat of the KMT candidate in elections in 2016 brought to power Tsai Ing-wen, the “first-ever lady president” in the island from the Democratic Progressive Party (DPP) who has not hesitated to challenge Beijing, unlike her predecessor.

Referring to the success of the “New Southbound Policy” launched by Ms Tsai, Taiwan said it has generated some impressive numbers in “just two years”. Taiwan recently announced that trade between Taiwan and these 18 nations “amounted to US$ 117 billion in 2018, a 22 per cent increase from 2016”.

It is, therefore, with much interest that the elections in Taiwan in January will be watched globally when Ms Tsai will battle a challenger from the KMT which ironically now is seen as soft on mainland China. Speaking to this newspaper in Taipei recently, international relations expert Dale Jieh felt there is a need to improve the cross-straits relationship and bring about a balance in ties between Taiwan and mainland China on the one hand and with the 18 nations with which Taiwan is boosting trade ties as part of the New Southbound Policy on the other. It is an election that Beijing too will be closely watching.