Sources said that the patrolling party, including porters, were evacuating another person who had fallen sick at his post. 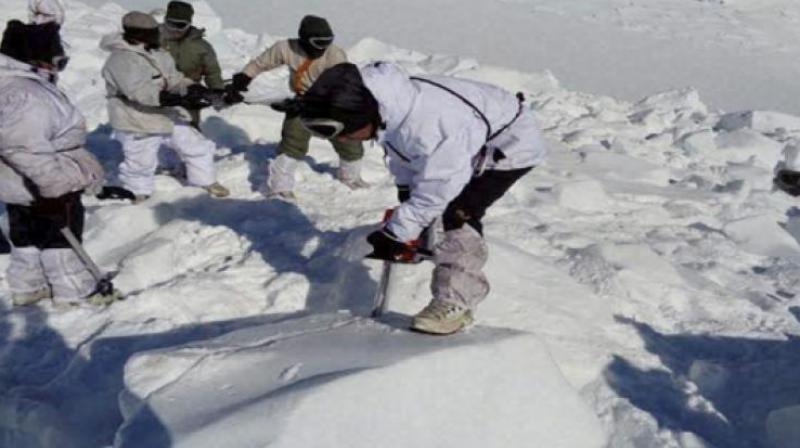 The avalanche had hit the Army positions in the northern glacier at around 3:30 pm today. (Photo: Representational Image)

New Delhi: An avalanche hit Army positions in the Siachen Glacier after which eight personnel are stuck under snow, Army sources said.

The Army personnel hit by the avalanche were part of a patrolling party consisting eight persons and were in the northern glacier when the incident happened.

Sources said that the patrolling party, including porters, were evacuating another person who had fallen sick at his post.

All possible efforts are being made by the force to recover the troops from under the snow where the temperatures below minus 30 degrees are common during the winters.

Siachen Glacier is the world's highest battlefield and more troops have been killed in weather and terrain-related incidents in the area than in enemy firing.

India has deployed troops in its territory since 1984, after Pakistan tried to usurp the glacier by sending its troops and mountaineering expeditions in the area.