Prices of petrol and diesel in the national capital on Friday stood at Rs 96.93 per litre and Rs 87.69 per litre respectively 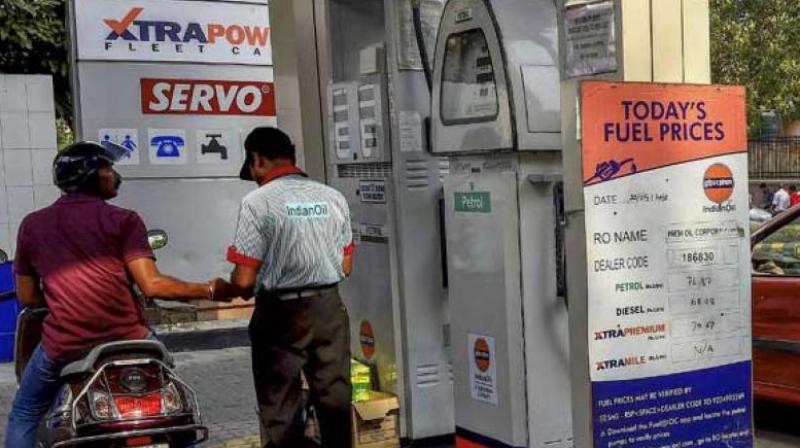 New Delhi: Amid rising fuel prices in the country, Congress leader Rahul Gandhi on Friday took a dig at Prime Minister Narendra Modi-led Central government's 'Sabka Sath, Sabka Vikas' slogan stating that the condition of 'Vikas' is such that if there is no increase in fuel price for a single day that becomes a bigger news.

"Such is the condition of Modi government's vikas (development) that if the price of petrol and diesel does not increase any day, then it becomes a bigger news!" said the Congress MP in a tweet.

Prices of petrol and diesel in the national capital on Friday stood at Rs 96.93 per litre and Rs 87.69 per litre respectively.

Speaking to ANI , a person in Mumbai said, "This has to be managed. Despite no increase in income since the beginning of the pandemic we have to shell out so much for fuel. Petrol is used everyday because we have to commute to office and other places, so we cannot cut on this expense, so we have to ultimately cut down other regular expenses. When petrol, diesel prices rise it gives rise to inflation. This has increased the burden on everybody's pocket. The prices of crue oil are very low at this time but due to the taxes levied by the Central and state governments the prices of petrol and diesel have touched sky."

"A person whose mothly income is Rs 10,000-12,000 how will the person manage household expenditures and child's education when Rs 2,000-3,000 goes towards petrol? Education is already so expensive in our country. In this manner survival is very difficult," added a resident of Bhopal.