Russia, along with China, prefers to use the term “Asia-Pacific”. 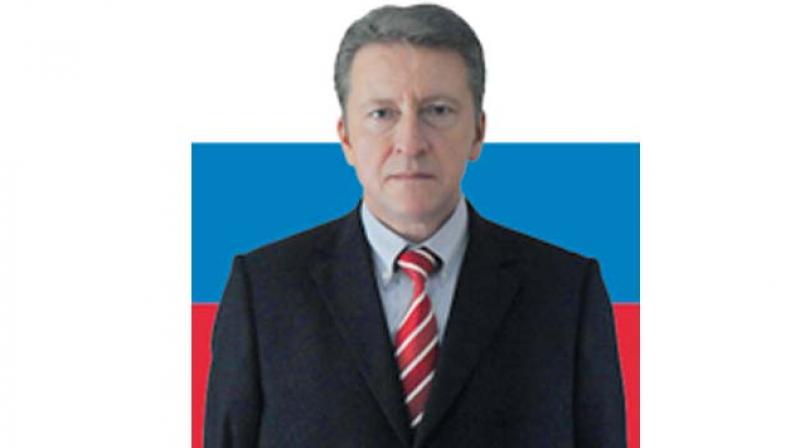 New Delhi: Russian ambassador Nikolay Kudashev on Friday said his country has “time and again” conveyed its concerns to India about both American strategies in the Asia-Pacific region — that seeks to keep out both Russia and China — and the “Quad” (or Quadrilateral).

He, however, made it clear that Russia has no problem with the Indian strategy in the region since India “never seeks to contain anyone or deny any country the opportunity” to be part of the maritime cooperation in the region.

It may be recalled that the US, India, Japan and Australia are part of the four-nation “Quad” arran-gement that focuses on maintenance of a “rules-based order” in the regi-on, something that is seen as significant in the context of China’s increasing military and economic assertiveness in the region.

Russia, along with Chi-na, prefers to use the term “Asia-Pacific”. It is no secret that the US, India, Japan and Australia on the other hand prefer using the term “Indo-Pacific”.

On Friday, the Russian ambassador said, “We express to India time and again our concern about America’s strategy, our concern about the Quad. We are concerned, we are apprehensive, we are not in favour of the western concept of the Indo-Pac-ific strategies. They (the West/America) mean to negate the dialogue culture... We feel there is a revisionist agenda, to pu-sh some kind of alternate world view”. He also mentioned the “omission” of China and also Russia “though Russia has one of the longest shores facing the Pacific”.

“Mr Lavrov mentioned that Indian strategy is not to contain anyone., not to deny anyone an opportunity to be part of it, the cooperation,” Mr Kudashev said.

The Russian envoy also pointed to the “emergence of dialogue culture” and multipolar ethos “in the UN charter”, adding that “this culture deserves to be protected”.

It may be recalled that due to its rivalry with the United States, Russia has been strengthening its strategic ties with China.

Ties between the US and Russia have nose-dived sharply in the past few years, with the US threatening to impose sanctions on countries buying Russian armaments. Observers also point out that Russia is increasingly concerned about the growing strategic proximity between India and the US. Moscow is clear that the Indo-US ties should not cast any shadow on the long-standing time-tested bilateral ties between India and Russia.