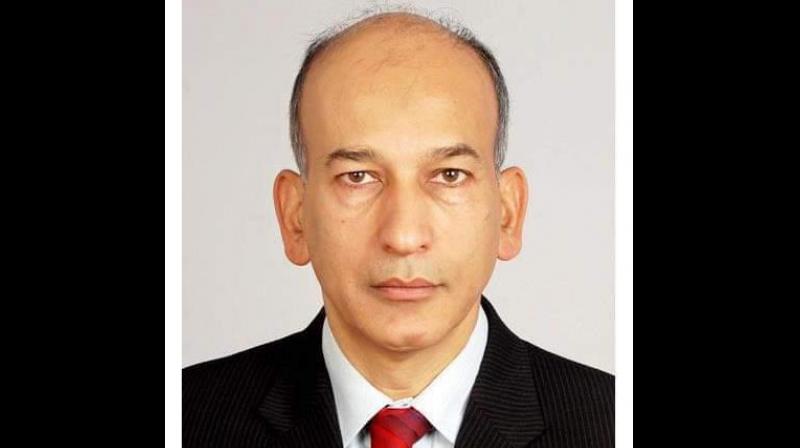 Sohail Razzack was responsible for expanding the Indomie brand of instant noodles in the Middle East and North Africa region. — By arrangement

Hyderabad:  Sohail Razzack, former managing director of Gandour India Food Processing Pvt. Ltd., the well-known marketing and business professional, has passed away in New Delhi. He suffered a cardiac arrest on May 11. The only son of Mohammed Abdur Razzack, the founder director of the Central Council for Research in Unani Medicine, Sohail Razzack, was 58.

He is survived by his wife, two sons, two daughters, and his mother.

Sohail Razzack was a well known marketing and business professional in the FMCG sector, and worked with several multinational companies in India and abroad. Among the firms he worked for were Cadbury India Limited, SmithKline Beecham, Sprint RPG, Black & Decker, and ICI Paints.

Sohail  was also a member of the Governing Body of Delhi Education Society, which runs a number of schools in Delhi including the Anglo Arabic School. He taught and lectured at several management institutes across India, and was a popular and admired teacher and mentor.

Born into a respectable Maulvi khandaan of Hyderabad, Sohail Razzack grew up in Delhi and did his schooling from St Xavier’s High School. He went on to do MBA from XLRI, Jamshedpur.

As Director - Marketing and Export of Pinehill Arabia Food Limited, Sohail Razzack was responsible for expanding the Indomie brand of instant noodles in the Middle East and North Africa region. As MD Gandour India, a leading food processing manufacturer in Middle East, North Africa and India, Sohail’s business acumen led to the rise in popularity and sales of Safari Chocolates, Yamama cakes, Tourist wafers and other confectionery items that the 160-year-old company is famous for.  His last job with Gandour India was based out of Hyderabad.

Sohail Razzack was a great fan of singer Mohammed Rafi and would make it a point to offer prayers at the singer’s grave in Mumbai during his every visit to that city.