India   All India  15 May 2019  Watch: Priyanka Gandhi gives another surprise, this time in Bhatinda
India, All India

Watch: Priyanka Gandhi gives another surprise, this time in Bhatinda

She began her speech in Hindi but quickly switched to Punjabi and said: 'I am happy to be here. My husband is a Punjabi.' 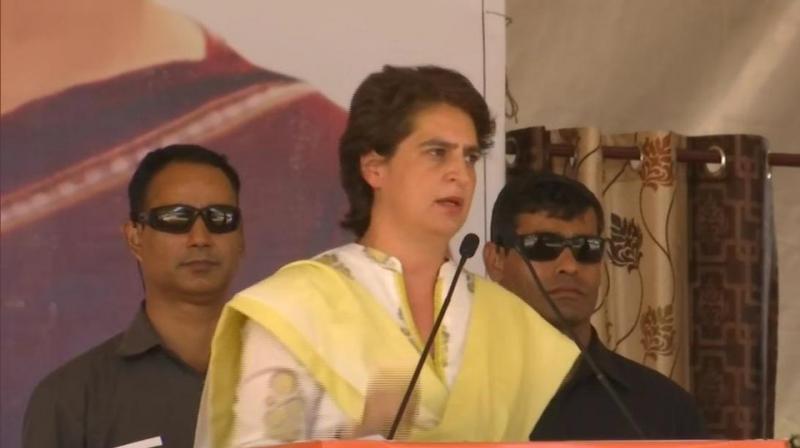 Bathinda: After surprising Prime Minister Narendra Modi’s supporters with impromptu handshakes and selfies in Madhya Pradesh, Priyanka Gandhi tried to charm the crowd in Punjab by speaking few lines in Punjabi language at a rally.

She began her speech in Hindi but quickly switched to Punjabi and said: “I am happy to be here. My husband is a Punjabi.”

"Now, I have showed off my Punjabi, the rest of my speech will be in Hindi," she added.

On Monday, Priyanka stopped her car when she was campaigning in Madhya Pradesh and met with BJP supporters who were chanting “Modi, Modi”.

She said: “Aap apni jagah aur mai apni jagah (You are where you are and I am where I am). All the best.”

Earlier, just like her grandmother Indira Gandhi, Priyanka jumped the wooden barricade and greeted people after a public rally in Madhya Pradesh.