No one objected when we said Fadnavis will be CM if alliance wins: Shah

'Now they have come up with new demands which are not acceptable to us,' Shah said. 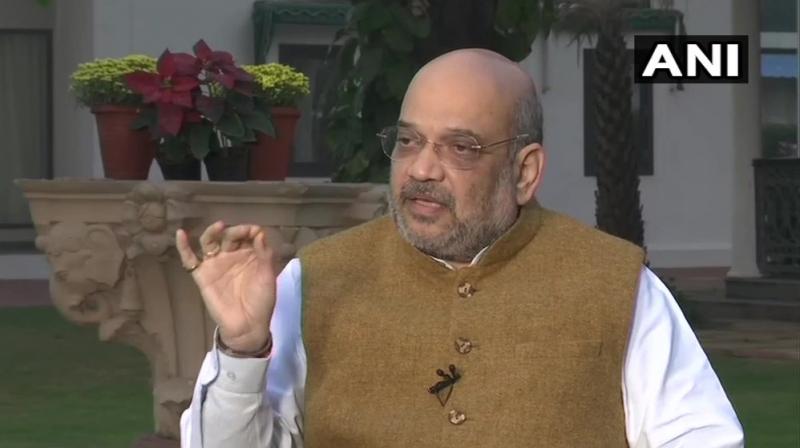 'The Governor invited parties only after the Assembly's tenure ended. Neither Shiv Sena nor Congress-NCP staked claim and neither we,' Shah said. (Photo: ANI)

New Delhi: Breaking his silence on Maharastra logjam, BJP president and Home Minister Amit Shah on Wednesday said that no one objected when Prime Minister Narendra Modi and he publicly said that Devendra Fadnavis would be the Chief Minister if the BJP-Shiv Sena alliance wins the Assembly polls in Maharashtra.

Speaking to ANI exclusively here today, Shah, when asked to comment on the collapse of the alliance in Maharashtra, said: "Before elections, Prime Minister Narendra Modi and I said many times in public that if our alliance wins, then Devendra Fadnavis will be the CM. No one objected back then. Now they have come up with new demands which are not acceptable to us."

In reply to another question related to the time given for the formation of government in the state, Shah said: "Before this, in no state was so much time given. 18 days were given. The Governor invited parties only after the Assembly's tenure ended. Neither Shiv Sena nor Congress-NCP staked claim and neither we. Even if today any party has numbers, it can approach the Governor."